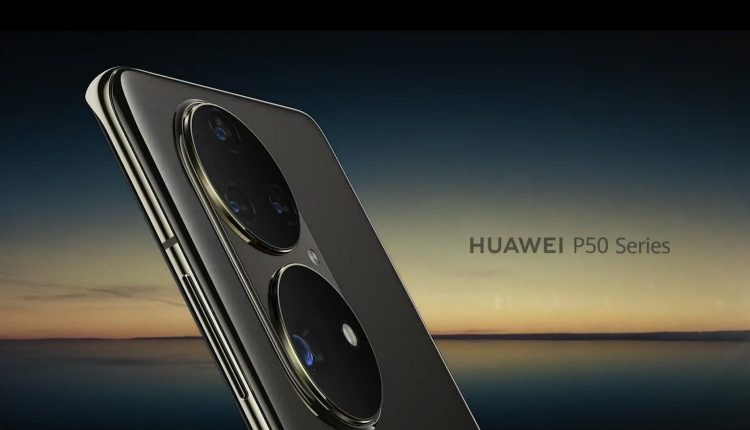 Huawei showed its latest Huawei P50 series and MatePad 11 tablet at a press conference earlier this month. However, the company did not announce any specific information regarding these devices at the conference. According to speculations, the Huawei P50 series and MatePad 11 will be official in July or August. After several rounds of program rectification, the final design of the Huawei P50 series is ready. The company has been able to resolve all component alternatives. The main issue for the delay is that the company is trying to solve the issue of stocking. According to a recent report out of China, the main camera of the Huawei P50 series has been confirmed. The report claims that this series will adopt a 1/1.18″ inch ultra-high pixel outsole solution, which is very good overall.

Looking at previous reports, the design of the Huawei P50 series is similar to the previous leaks. The appearance is similar to the newly released Honor 50. The rear dual-ring multi-shot is expected to include the f/1.8 IMX707 main camera. The focal length is 18~125mm, which can achieve the equivalent of 5x. Optical zoom.

In addition, the Huawei P50 series has replaced multiple rounds of solutions. The early version uses a 6.3-inch flat screen and the dimension of the device is about 156.7 x 74 x 8.3 mm (including the rear camera bump, 10.6 mm). However, in the final version, including the camera bump, the thickness will be smaller.

As for the upcoming Huawei P50 series, the new series will still contain three versions. Among them, the P50 will use a micro curved screen, the P50 Pro is a waterfall screen, and the P50 Pro+ is a curved screen. The two pro models will use the center single punch-hole design for the first time. This is also Huawei’s first center single punch-hole screen flagship smartphone.

In addition, this series will have a built-in 4200~4300mAh capacity battery that supports 66W wired fast charging and 55W wireless fast charging. Of course, it will arrive with Huawei’s HarmonyOS out-of-the-box. In the coming weeks, there will more information regarding these devices. Keep a tab with us.

How to make Chermoula Crispy Cauliflower