It sure looks a lot like the cancelled Windows 10X OS 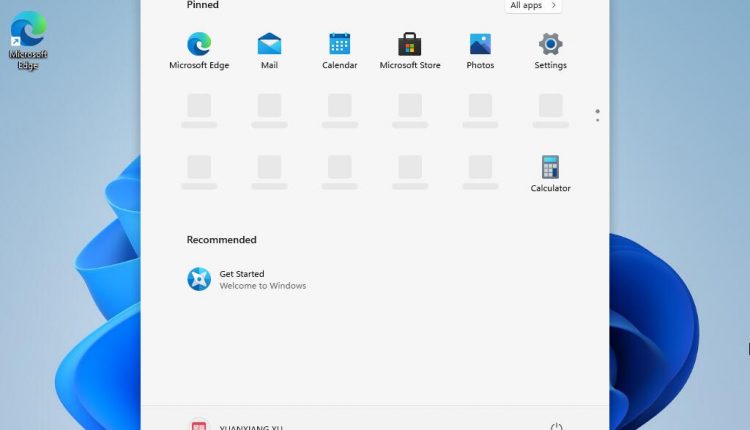 These may be some of the first screenshots of the Windows 11 operating system expected to be announced at a special event later this month.

First appearing over at Chinese-language site, Baidu, and listed as Windows 11 beta version, the screenshots from user sdra_owen purport to show a new app browser window and centralised taskbar design. It’s a little more, dare I say, MacOS style than we’re used to over on Windows. That said, it’s actually almost an exact image of the now cancelled Windows 10X UI.

Screenshots of a yet unreleased operating system would usually be all too easy to fake, especially ones that appear near-enough identical to one of Microsoft’s previous projects. In fact, the listed install date on one of the screenshots is in the future, and the settings window doesn’t match the softer design ethos evident in the screenshot of the new Start menu. Neither of which inspire confidence in its veracity.

That said, despite my own misgivings these may be the real deal yet. The Verge’s Tom Warren is happy to confirm that yes, actually, this really is what the UI and taskbar will look like with the upcoming Windows update. And I guess that the new version of Microsoft’s OS is indeed going to be called Windows 11.

Windows Central has also previously said they expect a centralised taskbar to feature in a future version of Windows.

Recent job postings from Microsoft have alluded to a “multi-year journey” to overhaul Windows 10, so we know something is in the works for the wildly popular OS.

We still can’t be entirely confident that this is how Windows 11, as it’s likely to be called, will appear at launch. That said, I’m not immediately disgusted by the change, but that’s perhaps because I almost never visit the start menu anyways, and the rest of the UI appears to be very similar to Windows 10.

If the rumours are true, this may be the beginning of more iterative updates to the OS on the whole, so perhaps the Windows 10 to Windows 11 jump won’t be as dramatic as we’ve come to expect from named updates.
Source: pcgamer.com
MicrosoftWindows
148
Share

How to Hide People from Memories in Google Photos