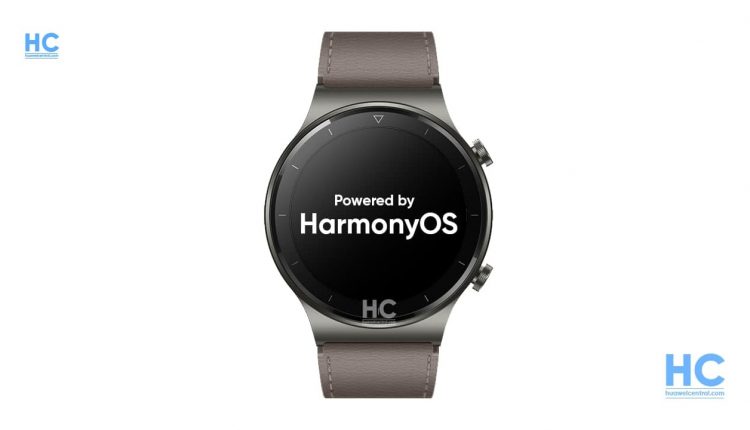 Huawei is all set to launch two flagships – Huawei MatePad Pro 2 and Watch 3 series along with HarmonyOS AKA Hongmeng OS for the public on the next product launch conference that is scheduled for June 2.

According to the latest information, the upcoming Huawei Watch 3 and Watch 3 Pro spotted on the NBTC Thailand certification website with model numbers – GLL-AL04 and GLL-AL01 respectively.

Previously, Huawei Watch 3 series has already cleared the certification from authorities including EEC Russia and Indonesia Telecom as well as received the WiFi certification.

The NBTC listing confirmed that the forthcoming Huawei smartwatch will have cellular connectivity and it is likely to come with eSIM support for cellular network connectivity. Apart from this, no other specifications of Watch 3 and Watch 3 Pro shown in these certifications.

Providing e-sim connectivity is surely a big feature and a significant upgrade for Huawei smartwatches compared to previously launched ones.

According to the previous reports, Huawei Watch 3 series will adopt a round shape dial, support HarmonyOS, likely to bring a new user interface that will be refreshing compared to its predecessor. Additionally, it’ll also have third-party apps, AI features, and exciting features to make user’s life more convenient on the wrist. 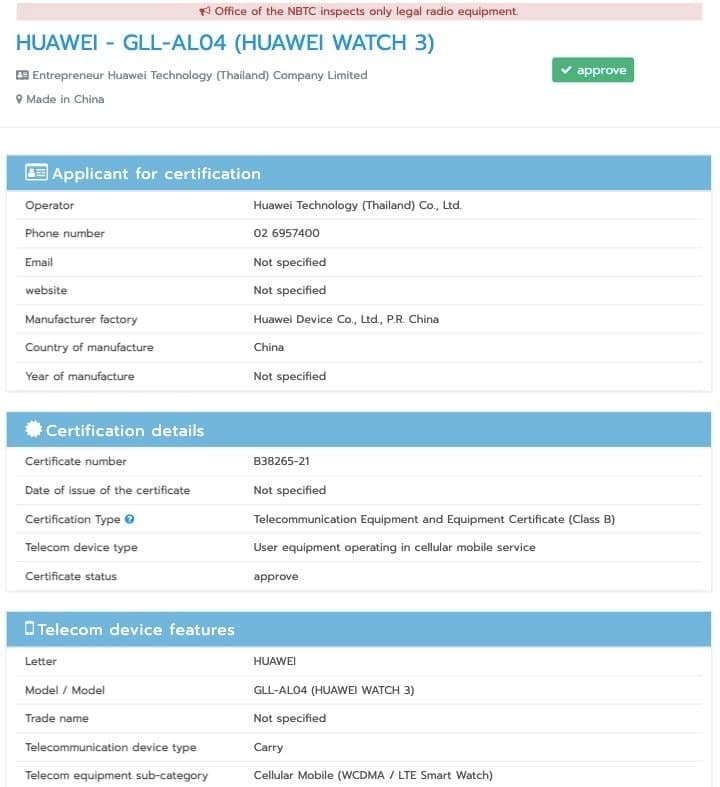