Google Maps will show more tailored results to highlight the most relevant places for a user. 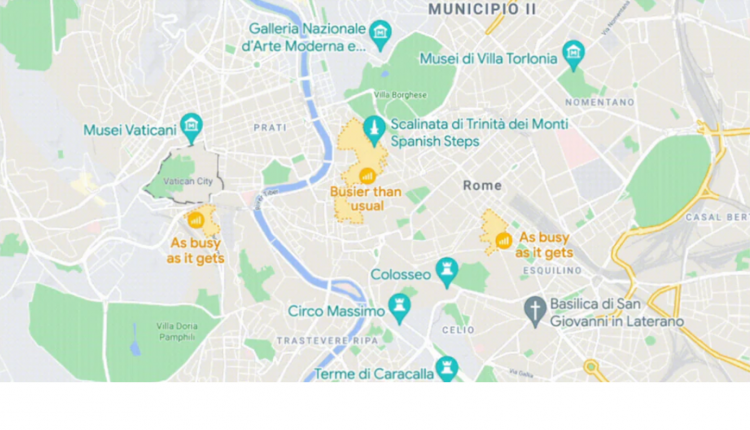 Google Maps is receiving several new updates that were announced on Tuesday, May 18 at the ongoing Google I/O developers’ conference. These include enhancements to Live View and detailed street maps, and route updates along the way to reduce hard-braking moments. Google Maps is also adding a new feature to help users understand which areas are busier than usual to help them plan their journey accordingly. It will also show more tailored results to highlight the most relevant places based on time of day and whether or not you’re traveling.

In a blog post, Google detailed how hard-braking — a situation where the driver is forced to decelerate sharply — can lead to car crash or related mishaps. To avoid this, Google Maps will calculate multiple route options to your destination based on several factors, such as how many lanes a road has and how direct a route is. It will then show the user the fastest routes to help identify which one is likely to reduce your chances of encountering a hard-braking moment.

“We’ll automatically recommend that route if the ETA is the same or the difference is minimal. We believe that these changes have the potential to eliminate 100 million hard-braking events in routes driven with Google Maps each year, so you can rely on Maps to get you from A to B quickly — but also more safely,” Google said.

Live View, announced a few years ago, gets more accessibility enhancements. A new ‘Live’ button will show up on the maps and it will allow you to shift to Live View instantly to see details about the shops and restaurants around you. These details include how busy they are, recent reviews, and photos. Google Maps has added new street signs at complex intersections to make directions easier in Live View. Additionally, Live View will also tell you where you are in relation to places like your hotel — so you can always find your way back to home base.

The detailed street maps feature will be available in 50 more cities by the end of the year — including Berlin, Sao Paulo, Seattle, and Singapore. New street maps will help users see where sidewalks, crosswalks, and pedestrian islands are, along with the shape and width of a road to scale. Google says this will be particularly helpful for users who are in a wheelchair or using a stroller.

As mentioned, Google Maps lets you know if a neighbourhood or a part of town is busier than usual. Areas that are busy will be highlighted and outlined differently to help users plan their days. Furthermore, street maps are being tailored for more personal insight.

“To help you make sense of it all, we’re tailoring our map to highlight the most relevant places based on time of day and whether or not you’re traveling. If you live in New York and open up Maps at 8 am on a weekday, we’ll prominently feature nearby coffee shops — instead of dinner spots — so you can start your day with a caffeine fix. And if you’re on a weekend getaway, it’ll be easier to spot local landmarks and tourist attractions right on the map. Want more options? Tap on any place to see similar places nearby,” Google said.