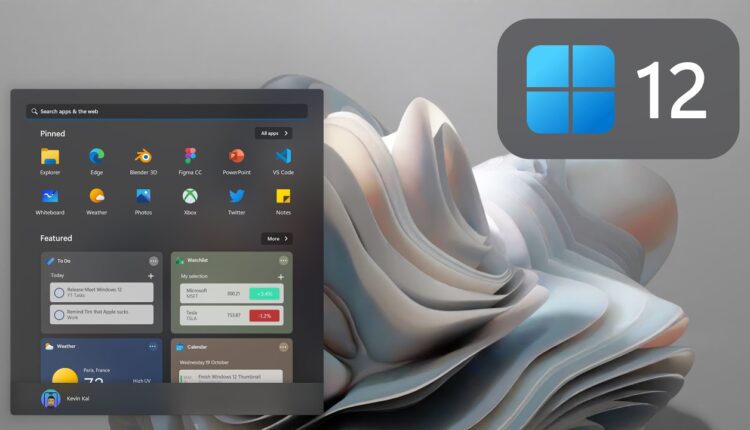 Although Windows 11 has been out for over a year, and we’ve already received the first ‘moment‘ (feature update) for it, Windows 11 2022 Update (22H2), it really isn’t doing as well as it could be, and there is already talk of its successor, Windows 12.

What does Microsoft need to do to make its next OS more appealing? Bringing back some of the features missing from Windows 10 would be a start, but there are plenty of other modern ideas.

Concept creator Kevin Hall (the Hacker 34) has previously given us his take on Windows 7 2020 Edition and Windows 11, before Windows 11 was a reality.

Now he turns his attention to Windows 12, and his creation blends Windows with features from other operating systems, like AI image selection which iPhone users will be familiar with, and even the lock screen has an element of iOS 16 about it.

Kevin describes his creation as the most refined Windows ever. Highlights of the concept include a better Start menu, interactive widgets, like sticky notes, and a dynamic taskbar. There are new touch gestures too.

He’s focused on fluent design and even added Nearby Control, which makes it easy to drag and drop content from one compatible device to another (Surface Duo 2 in the example in the video).