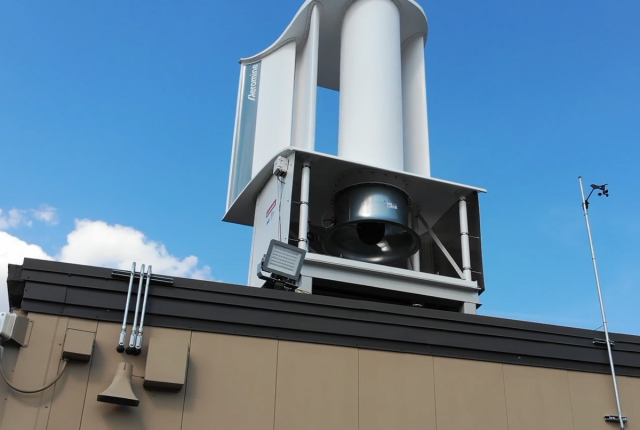 Share
A new rooftop wind harvesting device is capable of generating 50 per cent more electricity than solar panels for the same cost, according to its inventors.

A much smaller footprint means a single unit can also provide the same amount of power as up to 16 solar panels.

The motionless design, created by Texas-based startup Aeromine Technologies, replaces the blades found in traditional wind turbines with an aerodynamic system that harvests energy from the airflow above a building.

This makes them virtually noiseless and safe for birds and other wildlife.

Aeromine’s units require 10 per cent of the space needed for solar panels, while also being capable of producing electricity 24 hours a day throughout the year.

The firm said the technology will reduce a building’s need for energy storage capacity and could potentially even make the building energy independent, depending on the building’s design and location.

“The technology is a major leap forward from legacy distributed wind turbines that are ill-suited for most rooftop applications,” the site states.

“Aeromine’s founders have created a much more effective way to harness even moderate wind to create energy for large, flat rooftop buildings such as warehouses, data centres, office, and apartment buildings.”

The device is currently being tested at a manufacturing facility in Michigan, while future applications could include large residential buildings and electric car charging stations.