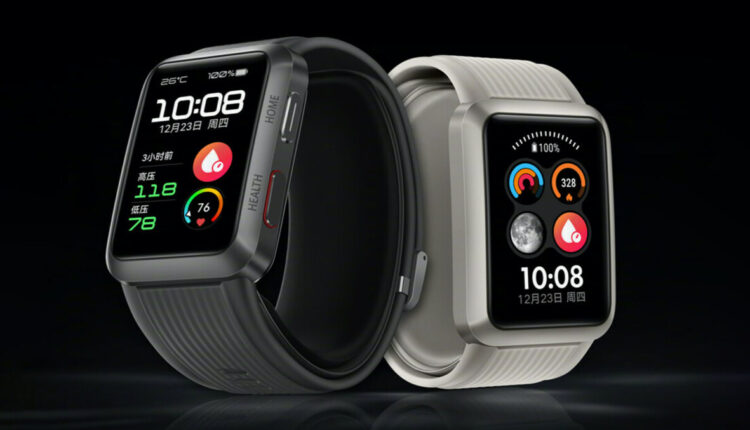 Not many probably remember that Huawei actually released a brand-new smartwatch about a year ago. The Watch D is one of company’s most advanced wearables, so don’t expect this one to be cheap, despite being a Huawei product, a brand known for pricing its devices unusually low.

Advertised as a premium smartwatch, the Huawei Watch D was originally introduced in China back in December and wasn’t expected to be available internationally. However, the Chinese company decided that the Watch D is too good not to be brought to a wider audience.

And so, back in May, Huawei confirmed the Watch D will be coming to markets outside China but didn’t provide an ETA nor details about price. When a new wearable device that features all sorts of sensor that measure health-related parameters, they must be verified and approved by various official entities.

The EMA (European Medicines Agency) is in charge with the verification and approval of such products in Europe, and it looks like the delay was caused by this official body (via GSMArena). Once the smartwatch received all the approvals needed, Huawei was finally able to reveal when exactly it will be available for purchase, at least in Europe.

Without further ado, Huawei confirmed that the Watch D will be up for sale in Europe starting October for €450. Germany is the first country to get the wearable device, but we can safely assume it will arrive in more territories very soon.

Unlike many other smartwatches in the same price range, the Watch D comes with a mini pump/airbag attachment and high precision sensors that provide a more accurate monitoring of the blood pressure. On top of that, the smartwatch feature ECG support, a 1.64-inch AMOLED display (456 x 280 pixels resolution) featuring 2.5D curved glass, and a durable aluminum allow frame.

All your health-related parameters can be managed from the Huawei Health app, which also allows you to share the data like blood pressure reports and abnormal readings with your friends and family. Depending on where you live, the Watch D will also support smart voice assistant allowing you to give it voice commands.

Just like many smartwatches these days, the Huawei Watch D is IP68 rated, which makes it fit enough to withstand dust, dirt and sand. The same rating means that it’s resistant to submersion up to maximum depth of 1.5m underwater for up to 30 minutes. Although the Watch D features a touchscreen, it also comes with two side buttons: HOME and HEALTH.

When it comes to size, the Huawei Watch D isn’t as big as it might seems from the official pictures. It’s just 13.6mm thick and weights around 40g. The watch strap is made of black fluoroelastomer (a synthetic rubber used mainly in seals and barrier layers). It’s also important to add that the Huawei Watch D will work with any device running Android 6.0, HarmonyOS 2 and iOS 12.0 or later.
40
Share