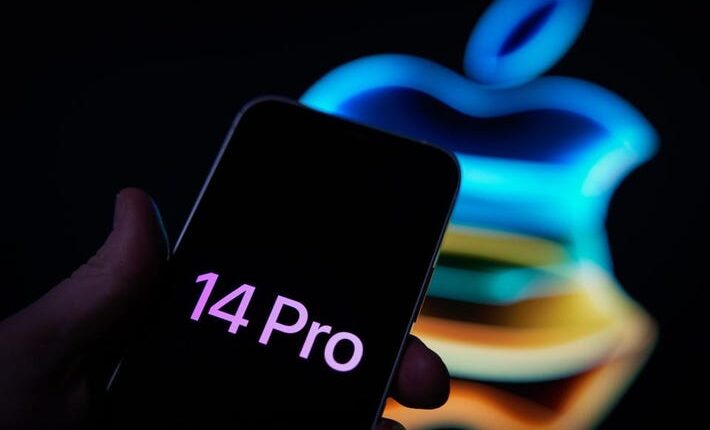 It has been a bumpy start for iPhone 14 owners. Yesterday, Apple released iOS 16.0.1 specifically to address data migration, authorization and photo issues with the range. Today, the company has confirmed additional problems with iMessage and FaceTime.

In a new support document, Apple has also admitted that “iMessage and FaceTime might not complete activation on iPhone 14 and iPhone 14 Pro” and acknowledges that issues may still occur, even after updating to iOS 16.0.1.

Breaking down the problems, Apple states that “After setting up your iPhone, you might experience one or more of the following issues”:

While the issues are clear, the fix is not. In its support document, Apple recommends that users update to iOS 16.0.1 “to resolve this”, but a) these bugs are not listed in the iOS 16.0.1 release notes, and b) Apple suggests backup steps if you’re “still having issues” after updating. These are:

The end? Not quite.

In an internal Apple memo seen by MacRumors, Apple acknowledges the activation issues and states “there are no current official fixes and that support staff should ‘not create a repair [case] for the issue’.” The recommended course of action interally is also different:

“‘Connect to Mac or to a PC with iTunes’ in the initial iOS onboarding process when prompted to connect to a Wi-Fi network and then return to the previous screen and try again on Wi-Fi until the activation goes through successfully,” MacRumors quotes the report as saying.

I have reached out to Apple for clarification of what iOS 16.0.1 contains and the contradictory information in the leaked memo. I will update this post when/if I receive a reply. In the meantime, I would strongly advise owners of older iPhones to opt for iOS 15.7 rather than iOS 16, which is currently a dumpster fire for iPhones of all ages.

09/19 Update: More problems are being reported for iPhone 14 Pro models. Picked up by 9to5Mac, reports are flooding in from owners that the model’s new 48-megapixel primary camera cannot shoot photos and videos in third-party apps like Instagram, SnapChat and TikTok. Moreover, the fault appears to be causing physical damage to the lens.

YouTuber Luke Miani (below) has demonstrated the fault, which occurs when using the primary camera in third-party apps. The optical image stabilization malfunctions, causing the lens to shake violently — so much so that the noise is audible. Reports of this problem can be found on Reddit and TikTok, and Miani reports that after posting about this on Twitter, “a surprising amount of people said they have experienced this on their Pros and Pro Maxes as well.”

Moreover, this violent shaking can have a lasting impact. “Worst of all, we started to notice damage to the actual camera itself,” explains Miani. “It became very difficult for it to focus and eventually just wouldn’t focus on things that are close, even in the stock camera app.”

On taking the phone to an Apple store, the device was replaced. Whether or not Apple can fix this in software remains to be seen, but for affected users, it will be a race against time before the shaking physically breaks the primary camera. Apple has yet to comment on the issue, but I have reached out for comment.

09/20 Update: speaking to Bloomberg, Apple has confirmed it is working on a fix for the camera flaw in iPhone 14 Pro and Pro Max models, which makes the phone’s primary camera lens physically shake when used in third-party apps.

Apple states that the fix — presumably in the form of iOS 16.0.2 (after iOS 16.0.1 was released exclusively for iPhone 14 models) — will arrive next week.

This is a fast response from Apple, but timeliness also appears crucial after YouTuber Luke Miani revealed that the camera shake in his affected iPhone 16 Pro eventually caused the camera to break, and it was replaced under warranty at an Apple store. So the longer the fix takes, the more iPhones are likely to require repairing or replacing on Apple’s tab.

Snap, the maker of Snapchat, also confirmed on Monday that it has been “working directly with Apple” on a fix after its app, along with Instagram, TikTok and others were found to be impacted by the issue.

The problem marks the latest in a number of iPhone 14/iOS 16 launch issues, including activation problems on new phones and a litany of bugs in iOS 16 itself. Bugs are commonplace with each new generation of iOS, but iOS 16 appears to have caused more than usual.

And don’t expect iOS 16.0.2 to be the end. The fast turnaround time means it is unlikely the release will have time to incorporate fixes for many of the other bugs users are reporting. Dedicated bug fixes are typically ‘minor point’ releases, so iOS 16.0.3 and 16.0.4 could well arrive before iOS 16.1, which is currently in beta testing. So heads up iPhone owners, you can expect plenty of update notifications in the coming weeks.