It's unclear how many spacecraft were aboard the Kuaizhou-1A rocket. 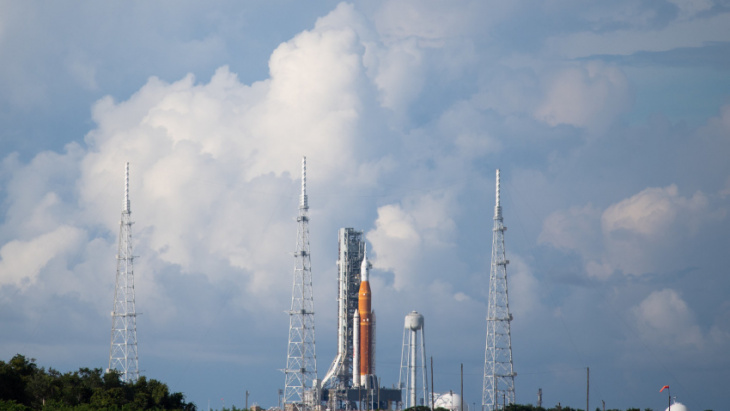 China launched a small solid rocket on Monday (Aug. 22), spawning a minor mystery about the number of satellites on the flight. The Kuaizhou-1A solid rocket lifted off at 10:36 p.m. EDT on Monday (0236 GMT, or 10:36 a.m. Beijing time on Aug. 23) from the Xichang Satellite Launch Center in southwest China.

The launch successfully sent the Chuangxin 16 satellite into a near circular orbit at an altitude of roughly 366 miles (590 kilometers). The satellite was developed by the Innovation Academy for Microsatellites of the Chinese Academy of Sciences (IAMCAS).

Chinese state media provided only a vague description(opens in new tab) of its mission as mainly for “scientific experiments and verification of new technologies.”

U.S. Space Force tracking efforts picked up one new object in orbit corresponding with the launch as of Aug. 25. That object has the international designation 2022-102A.

However, a post-launch report(opens in new tab) from IAMCAS states that the mission was a dual-satellite launch involving the Chuangxin 16 A and B satellites. The discrepancy may be explained by two satellites that are currently joined but will later separate as part of their mission, or it could suggest that a second satellite will join the already launched Chuangxin 16 in orbit on a later flight.

The launch was the 16th mission of a Kuaizhou-1A solid rocket, which is operated by Expace, a spinoff from the giant state-owned Chinese space and defense contractor CASIC. It was the first Kuaizhou-1A launch from Xichang, which means the rocket has now launched from three different Chinese spaceports and provides new options for launch.

The mission was China’s 33rd orbital launch of 2022, which is expected to be China’s busiest year so far for launches.

N Korea fires cruise missiles, as US and Seoul prepare for drills