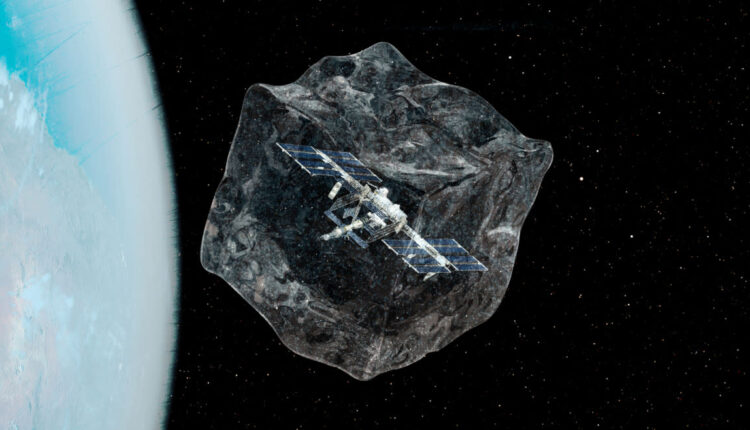 The first piece of the International Space Station ever launched into orbit didn’t come from NASA—it actually came from Russia. The 41.2 foot module—dubbed “Zarya,” the Russian word for sunrise—took off on a reportedly gloomy day from a launch facility in Kazakhstan on November 20, 1998. When it did, it was the culmination of nearly a decade of geopolitical wheeling and dealing that began with the end of the Cold War in 1989, and ended with a partnership between two former enemies that would last more than 30 years.

The U.S. was committed to working with Moscow on the ISS project, not only because it represented peace between two previously adversarial nations but also because it could help strengthen democracy in Russia. Delegations from both countries met several times over the course of years in hushed, shadowy meetings to hammer out the details. When the dust cleared, Russia would be the one to thrust the world into a new era of space travel.

So the Zarya launch wasn’t just the dawn of a new space age to study the cosmos. It was an olive branch—one that capped off decades of tensions, near nuclear conflict, and the complete reshuffling of world power as we knew it. If nations would never know peace on Earth, at least we could find it amongst the stars.

And now, a little more than 20 years later, it all might end with Russia too. On July 26, Yury Borisov, the newly minted head of Moscow’s space agency

Roscosmos, formally announced that the country would be withdrawing from the ISS after 2024 to build their own space station. A day later, Russia clarified with NASA that it would remain with the ISS until at least 2028—which, while technically after 2024, defanged the initial announcement.

“If they don’t withdraw until 2028, in a sense, it’s no big deal,” John Logsdon, the former director of the Space Policy Institute at George Washington University, told The Daily Beast. “The station is supposed to end in 2030 anyway. It’s likely the partners could agree on a termination date a bit earlier than 2030.”

However, the country still plans to launch a new orbital outpost by 2030. In a recent interview, Vladimir Soloviev, the flight director for the Russian part of ISS, gave a few indications about the future of a Russian station, which they have dubbed Russian Orbital Service Station (ROSS). For one, it would operate mostly autonomously without a permanent crew on board—something that he stressed would be a “step forward, not backwards” for humanity, according to one translation.

However, this would be a clear break from one or more future commercial space stations that NASA plans to support. It’s also a departure from China’s new Tiangong space station, which is currently crewed by astronauts.

There’s a reason these parties are sticking with people over intelligent machines. After all, having people at these orbital outposts allows for more hands-on research to be conducted. Plus, if something goes wrong on the station (which it often does), someone can be there to fix it immediately.

The planned Russian station would also have a sun-synchronous orbit, which means it would pass over Earth’s surface during the local daylight hours. This would allow ROSS to study both Earth poles easily. It should be noted, however, there are plenty of research satellites orbiting the planet that do this already.

While certainly less complex than the ISS or Tiangong, ROSS is still a massive undertaking—especially considering the ambitious goal of launching part of it into orbit by 2030.

And that’s not even taking into account the arguably decrepit state of Roscosmos.

“Given the state of their space industry, I would be shocked if they could carry it off at all—let alone by 2030,” Wendy Whitman Cobb, a space policy expert at the U.S. Air Force School of Advanced Air and Space Studies, told The Daily Beast. She added that even NASA, which is better funded and equipped than Roscosmos, would struggle to meet a 2030 deadline. “So the fact that Russia would be trying to come up with an entirely new system on their own seems questionable.”

“They’d have to start now,” Logsdon explained. “And they can’t start now because they have very limited money, and conducting operations on the ISS is very expensive.”

Of course, Moscow could partner with the likes of China to get a station in orbit. But Cobb said that Beijing has no real incentive to help them. If anything, having the country cooperate on something like Tiangong might undercut China’s accomplishment, according to her. Russia would also have to essentially be beholden to the Chinese space program for the majority of the technology like launch vehicles—something they’d likely rather have control over.

Still, the plans are significant in that they are the clearest indication yet that Russia plans to follow through with what former Roscosmos chief Dmitry Rogozin could only bloviate about: The country is ending the decades-long practice of international collaboration and cooperation in space. Peace in the cosmos is gone. Tensions are back in orbit and they might be here to stay for a while… right?

Well, maybe. More likely is that space continues to take a back seat to the consequences of geopolitical strife on terra firma. “Having an orbital outpost has lost its political significance,” Logsdon said. “NASA is going to have privately operated, commercial stations. That’s not high geopolitics. If Russia is building this facility, it almost makes orbital outposts so common that it’s not important.”

Cobb echoed the sentiment. In fact, she believes that the more outposts, laboratories, and astronauts in orbit, the less likely they are to escalate tensions—at least in space.

“You might think about astronauts as tripwire,” Cobb said. “I know it’s not nice to think about it in that sense. But having people up there, whose lives could be threatened, makes it harder to do dangerous things that might harm those people. That’s why the Russian anti-satellite test last year was so concerning. They did it very close to the ISS and there are still many pieces of debris up there that are actively threatening astronauts.”

Think of it like nuclear deterrence theory. If you have Russian, Chinese, and American space stations up there, everyone has skin in the game—so everyone has something to lose. It’s the space age equivalent to mutual assured destruction so “all those actors think twice before doing anything really crazy,” Cobb said.

For Logsdon, though, Russia’s withdrawal and goals to go at it on their own is a grim illustration of one of the great disappointments of the space station era: It sort of failed—at least when it comes to its original promise of uniting the entire world in a mission bigger than any one country.

“The impact of the ISS on Earth-bound politics that was hoped for was very limited,” Logsdon said. “We don’t have a democratic Russia. We have Putin. We have the Ukraine invasion. The political significance of the international cooperation on the station has lost its potency—if it ever had it at all.”

But maybe that’s fine. Russia still plans on being on the ISS for the next six years. Plus the orbital laboratory was never meant to last forever. Even before the messy breakup with Russia, it was living on borrowed time since it’s technically well past its original expiration date of 15 years in operation (though the Biden administration extended its operational life through 2030).

So perhaps it’s fitting, then, that the very country that launched the first piece of it into orbit—a module named after the dawn—would then be there as the sun sets on it for the last time.

Sprite will no longer be sold in green bottles