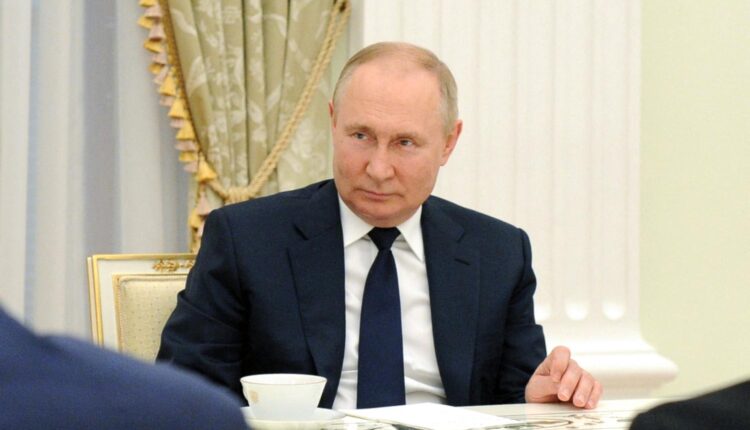 The change was announced on Friday shortly before Roscosmos said it had signed a landmark deal with NASA regarding integrated flights and crews on the International Space Station (ISS) – a rare instance of cooperation between Russia and the United States at a time of acute tension over the war in Ukraine.

Borisov, 65, who takes over at the helm, has a military background, having been involved with the Russian defence industry since the late 1990s. As deputy prime minister, he oversaw military and space affairs including the production of weapons and equipment.

The Kremlin did not comment on the reasons for the change at the agency.

Rogozin had taken a confrontational stance since Roscosmos was hit with sanctions after Russia sent tens of thousands of troops to invade Ukraine in February.

He had threatened to pull out of the ISS, saying cooperation with the West was “impossible”, and pointedly bragged about Russia’s nuclear weapons capabilities.

Rogozin had touted the capability of Russia’s new Sarmat missile to launch a nuclear attack on the United States, and said it would be operational by late 2022, following successful tests earlier this year.

He also appeared to revel in trolling the West, including by waging Twitter spats with tech billionaire Elon Musk, speaking publicly about Russia’s nuclear missiles, and publishing the coordinates and satellite images of Western defence sites with the implication they could be targeted in a future conflict.

There was no official comment on Rogozin’s next appointment, but Russia’s RIA Novosti news agency quoted Putin’s spokesman Dmitry Peskov as saying he would get a new post “in due time”.

Putin had appointed Rogozin to manage the struggling space agency in 2018.

At the time, some experts described him as an outsider who lacked the necessary education and expertise to head Roscosmos. Rogozin also oversaw the space industry as deputy prime minister from 2011 until 2018.

One independent media outlet said he would be promoted and could be put in charge of occupied territories in Ukraine.

Russia sent the first man into space in 1961 and had launched the first artificial satellite four years earlier, key accomplishments of the Soviet space programme that remain a major source of national pride in Russia.

But experts have said the agency has remained a shadow of its former self and has, in recent years, suffered a series of setbacks including corruption scandals and the loss of several satellites and other spacecraft.