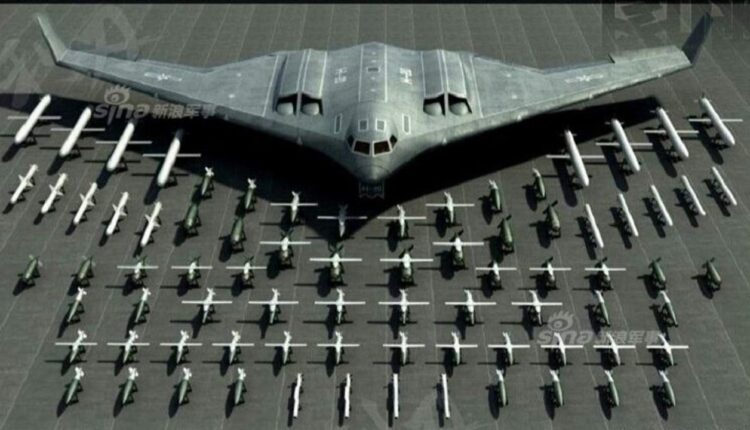 Ge Heping, the Party chief of the Chinese Flight Test Establishment, a division of the state-owned Aviation Industry Corporation of China (AVIC), made the statement during a rally meeting on Tuesday.

The statement was issued to mobilize personnel involved in the test, State-run Global Times reported, citing the press release. Ge urged everyone involved in the aircraft’s development to realize how crucial it is to complete this mission fully.

The Chinese Flight Test Establishment, also known as the AVIC Flight Test Center, was established in 1959. China’s only national body authorized to carry out validations and flight tests for aviation products, such as military and commercial aircraft, aero engines, and airborne equipment.

However, the aircraft’s designation and type were not made public in either the report or the press release.

The widely expected H-20 strategic stealth bomber was a common assumption among internet users. Some claimed that only H-20 is befitting the description of having strategic and historical significance.

The Chinese military has occasionally offered a few updates on H-20. In January 2021, a scene from the service’s recruitment video featured the flying wing design of the next-generation, long-range strategic stealth bomber being developed for the Chinese People’s Liberation Army Air Force.

The flying wing design was comparable to the US B-2 bomber, according to a promotional video for AVIC unveiled in May 2018. A similar aircraft’s front outline was also wrapped in a blanket in the video.

An anonymous Chinese expert who follows the development of China’s aviation industry spoke to the Global Times on July 7, saying that “Given all of these official hints, the speculation from the public that the new aircraft could be the H-20 makes sense, but it might just be an over-interpretation.”

Other potential candidates for the unidentified aircraft include the alleged carrier-based J-15 fighter jet with a catapult launcher and the presumed J-35 stealth fighter jet.

He pointed out that these jets are anticipated to board the Fujian, an 80,000-ton class aircraft carrier with electromagnetic catapults, which unquestionably has strategic and historical significance.

The H-20 is reportedly in its developmental phase and can carry long-range strikes, though its appearance has not yet been made public. Several Western military experts have observed that it might be a “game-changer” for the Chinese military.

In reality, there isn’t much information about the H-20 bomber because China has kept its specifications secret. China’s development of a strategic bomber was first mentioned in reports that surfaced in 2016, and subsequent reports suggest that China intends to start mass-producing the aircraft in the middle of the 2020s.

As previously mentioned, the Xian H-20 resembles the B-2 Spirit of the US Air Force in terms of its familiar flying wing shape. The aircraft can present a problem for American defense planners as they consider China’s air force.

The H-20 is said to have a range of at least 12,000 kilometers or 7,456 miles. With this impressive range, Hawaii would be within the H-20’s reach. In addition, if the H-20 flew over the Arctic, all 50 states of the United States would be within its target range.

The H-20 will be armed with nuclear weapons, according to a EurAsian Times report, making up one arm of a nuclear triad that also consists of nuclear missile submarines and land-based missiles. The bomber is believed to be capable of carrying four “stealth or hypersonic” missiles.

With a long-range strategic bomber, China could reach the “second island chain,” made up of the Pacific islands to the east of the US territory of Guam.

State-run media claims that if China can attack the second island chain, it will easily dissuade foreign militaries from intervening in the event of a Chinese invasion of Taiwan.

The bomber’s sleek design, which enables it to avoid radar detection, may increase its survivability inside Taiwan’s air-defense network, as per the experts. Additionally, it is rumored that a homegrown WS-10 engine will power the bomber.

A new groundwater discovery is a 1.2-billion-year-old ‘Pandora’s Box’