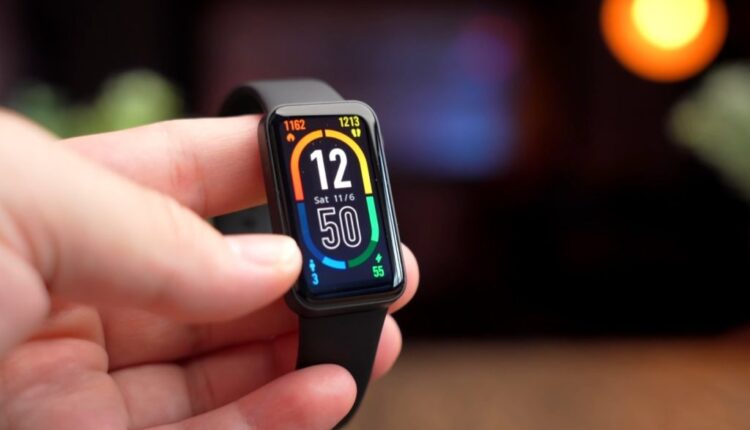 The Amazfit Band 7 has appeared in some leaked renderings alongside a list of key specs and a purported, and somewhat reasonable, price tag. The Amazfit Band 7 will be entering a crowded fitness-tracker market and will have to face stiff competition from the likes of the Xiaomi Smart Band 7.

Some renderings of the Amazfit Band 7 have been shared by GSMArena along with some of its specifications and an expected price of US$50. For the money, it seems buyers would get the typical smart band features that come with most cheap, but still decent, activity trackers. This means the Amazfit Band 7 will offer 24-hour heart-rate tracking and long battery life (up to 18 days; 9 days typical with extended use) for starters.

We recently reported that a leaker had claimed the Amazfit Band 7 would look very similar to the Redmi Smart Band Pro, which can be seen to be true in the images posted below. The Amazfit tracker trumps the Redmi wearable by coming with a larger battery (230-mAh vs. 200-mAh) while both sport 1.47-inch AMOLED screens (194×368). The Amazfit Band 7 reportedly comes with more than 100 fitness modes, is water resistant to 5 ATM, and it weighs a beefy 28 g (Xiaomi Smart Band 7: 13.5 g).

According to the source, the Amazfit Band 7 will have 8 MB RAM and 128 MB storage, and like the Smart Band 7 from Xiaomi, it will support iOS 10.0 or above. However, the tracker from Amazfit differs from its future rival by being pairable with smartphones operating on Android 5.0 or above (Xiaomi: Android 6.0) but only supports Bluetooth 5.1 (Xiaomi: Bluetooth 5.2). Sleep tracking and stress monitoring are also onboard although the presence of GPS seems a little unclear at the moment but could end up being part of the package.

The Amazfit Band 7 will be released “later this year” with an attractive price tag of US$50. Its predecessor, the Amazfit Band 5, was praised for offering plenty of bang for the buck and for the quality of the accompanying Zepp software, so more of the same can be expected from its “7”-designated successor. In terms of picking the Amazfit Band 7 over the Xiaomi Smart Band 7, it might be just down to design preference, with the former looking more like a watch than the strictly band-like latter, although Xiaomi also has its new Band 7 Pro for those who want a bigger display.