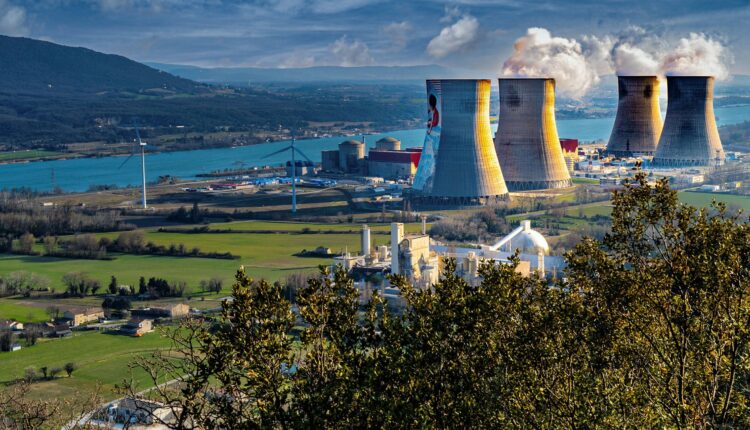 Nuclear reactors could be a dominant player in the next-generation clean energy landscape, but that will require concerted action and focus from governments and private industry that is not happening right now, according to the head of the International Energy Agency (IEA).

In the meantime, Russia and China are dominating the space. Since 2017, 87% of the new reactors which have broken ground use Russian and Chinese designs, IEA Executive Director Fatih Birol said in a statement on Thursday. The IEA is an intergovernmental organization based in Paris, and was launched in 1974 in the wake of the oil crisis.

“Advanced economies have lost market leadership, as 27 out of 31 reactors that started construction since 2017 are Russian or Chinese designs,” Birol said.

There’s a big opportunity for nuclear power to become a major component of global energy markets as the world wakes up to the effects of climate change, since nuclear power generation does not emit any of the greenhouse gasses that cause global warming. Also, the war in Ukraine has contributed to a run-up in fossil fuel prices, making nuclear power more economically attractive.

“However, a new era for nuclear power is by no means guaranteed,” he added.

Governments need to implement policies to “ensure safe and sustainable operation of nuclear plants for years to come,” Birol said, and they will need to invest in new technologies.

He also warned that for advanced economies to catch up with Chinese and Russian nuclear operations, companies have to become better at delivering nuclear construction projects on time and on budget.

“The nuclear industry must quickly address the issues of cost overruns and project delays that have bedevilled the construction of new plants in advanced economies,” Birol said.

In the United States, the construction of the third and fourth reactors at the Vogtle plant in Georgia have become a prime example of the inability of the nuclear industry to execute efficiently.

There are nuclear power reactors in 32 countries, and 63% of the energy generating capacity of that global fleet of nuclear reactors is from plants that are at least three decades old. That’s because most of the nuclear power construction was a response to the 1970s oil shocks, according to the IEA.

That existing fleet of nuclear reactors in advanced economies specifically will shrink by a third without intervention, which the IEA admits often requires “substantial investment.”

In the United States, the federal government is in the process of implementing a $6 billion program to prop up existing nuclear power plants that are struggling to stay open because of financial hardship, the Department of Energy says. The program is paid for with money that was included in President Biden’s Bipartisan Infrastructure Law.

On Thursday, the Department of Energy amended its requirements for applying for the funds and extended the deadline by 60 days to Sept. 6. The new rules will make it more possible “to keep the reactors online that sustain local economies and today provide our nation’s single largest source of carbon-free electricity,” Kathryn Huff, Assistant Secretary for Nuclear Energy at the Department of Energy said in a statement about the rule change.

Since 2013, 13 commercial nuclear reactors in the United States have closed early, the Department of Energy said.

In the IEA’s plan for the world to reach net zero emissions by 2050, the amount of nuclear power generation has to double between 2020 and 2050. While nuclear is a critical part of IEA’s plan for a global decarbonized energy future, that future is “dominated” by renewables, like wind and solar energy. By 2050, the IEA has nuclear contributing 8% of total global power.

The IEA’s plan for nuclear energy includes nuclear power technologies that are not yet available at scale, like small modular reactors (SMRs), which generate about a third the energy generation of a conventional power plant.

“The lower cost, smaller size and reduced project risks of SMRs may improve social acceptance and attract private investment,” the IEA said, and Canada, France, the United Kingdom and the United States are supporting the development of this small modular reactor technology.