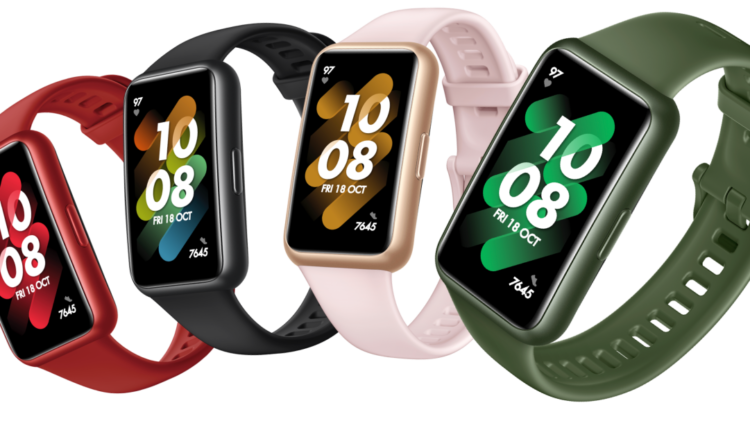 Huawei has started upgrading the Band 7 to HarmonyOS 2.0.0.26 in China, where the company started offering the fitness tracker in April. By contrast, it took until the middle of May for the Band 7 to launch outside China, as we reported at the time. As far we can tell, HarmonyOS 2.0.0.26 is only for Huawei Band 7’s sold in China; presumably Huawei will release the same update or an equivalent at some stage in other markets.

As for HarmonyOS 2.0.0.26, Huawei claims to have added support for payment via WeChat, which continues to be a powerhouse among apps in China. Additionally, Huawei 7 now allows the  to issue quick replies to text messages directly on the fitness tracker. However, this is only possible with Android smartphones or those running HarmonyOS. For an undiscloseed reason, this feature is unsupported when you have paired the Band 7 with an iOS device.

Moreover, Huawei states that the HarmonyOS 2.0.0.26 optimises the display effect of some icons and UI elements. As always, Huawei reports that this month’s update optimises system stability, a claim that manufacturer’s always make with software updates. OS 2.0.0.26 is available to download in China now as an 11.46 MB update. Please note, you must download the update via the Huawei Health app and your fitness tracker must have enough battery left to complete the update.