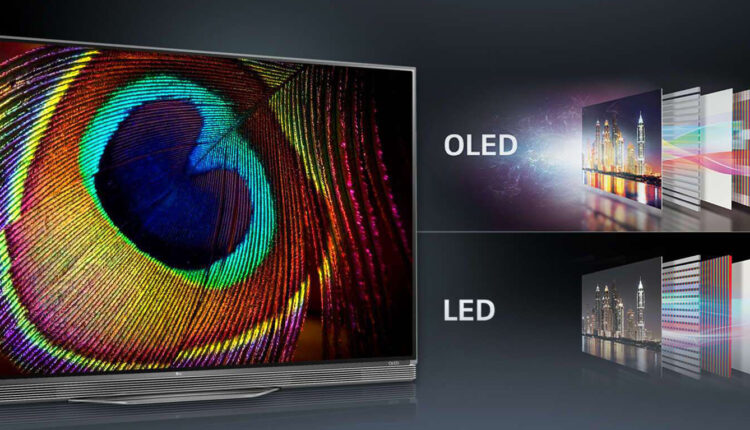 A brief breakdown of the display tech behind TVs, monitors, and laptops.

In this succinct guide, we’ll provide a brief overview of common initialisms found in the world of TV, PC monitor, and laptop displays. To keep things simple, we’ll focus on how each technology impacts expected image quality. Whether you’re looking for a handy refresher for the next time you’re shopping or a quick, digestible guide to give to inquisitive friends and family, we’ve got you covered.

You’re likely reading this article on a liquid crystal display (LCD). “LCD” refers to any display type that uses liquid crystals, including TN, IPS, and VA (which we’ll get into shortly). Even an old-school calculator or digital watch can use an LCD. But a simple “LCD” designation doesn’t tell you how a screen will perform. You need more information, like the backlight type the panel uses—usually LED, followed by the more expensive Mini LED.

LCDs long ago ousted cathode ray tube (CRT) and plasma displays as the dominant consumer display tech. In the past, it was common to find LCDs with cold cathode fluorescent lamp (CCFL) backlights, but most LCD displays today use LED backlights (more on that below).

All LCDs, as the name suggests, use liquid crystals sandwiched between polarized glass.

When electricity is applied, the crystals morph to allow or block light from going through color filters, depending on the image, to form what you see on the screen.

TN, IPS, and VA are the three primary types of LCD displays you’ll find in TVs, monitors, and laptops. They all vary in how they use their liquid crystals. Each could warrant its own article, but we’ll keep it simple here by focusing on the differences you can expect to see in real life.

Twisted nematic displays are known for their high refresh rates and low prices. Their liquid crystals twist 90 degrees to let light come through.

In-plane switching displays are known for their strong viewing angles and vibrant colors and use liquid crystals that are parallel to the glass layers. The crystals rotate in parallel to let light pass through.

Vertical alignment displays are known for their strong contrast. Their liquid crystals are perpendicular to the glass substrates and allow light to pass through as the crystals tilt.

All LEDs are also LCDs, but not all LCDs are LEDs. That’s why you’ll often see a TN, VA, or IPS display labeled as something like “LCD-LED.” Quick note: Don’t get confused if you see “W-LED” (the “W” stands for “white”) instead of just “LED”; some companies use the terms interchangeably.

LED displays use tiny light-bulb-like semiconductors, called light-emitting diodes, to emit the light that goes through the glass substrates and liquid crystals to create an image.

In a cheaper “edge-lit” LED display, the LEDs are arranged around the edges of the display. Alternatively, full-array LED backlights spread the LEDs across the display for more even lighting.

The marketing term “QLED” can create confusion because the abbreviation looks an awful lot like “OLED,” a different kind of display. Really, a QLED display is a type of LED panel that Samsung uses in its TVs, with the “Q” standing for “quantum dot.” Samsung says the use of quantum dots helps TVs produce more colorful images than standard LED displays can. Don’t be confused, though; these are still LED displays and won’t offer nearly as much contrast as an OLED display.

LED displays with backlights that can perform local dimming are popular for HDR content because they offer greater control over how much brightness is present in different parts of an image. The image is broken up into zones, allowing the display to depict varying brightness levels in different zones. When implemented well, the technology provides notably greater contrast for HDR content, making images look more nuanced and detailed.

You can use HDR on an LED display without local dimming, also known as global dimming, meaning that the entire image will be the same level of brightness. But your HDR movie or game won’t look any different than it would on an SDR screen.

Local dimming is a cheaper way to boost contrast over standard LED than OLED, but images can suffer from blooming, or “the halo effect.” This is when light from a bright area of an image bleeds into a nearby dark area, making the black levels around white text, for example, look grayer.

Here are the types of local dimming you’ll find among LED consumer displays:

The difference between LED displays and Mini LED displays comes from the size of the light-emitting diodes used in their backlights. Mini LEDs are about half the size of a typical LED. That lets companies fit more LEDs into their displays. With more LEDs, it’s easier to create a greater number of local dimming zones for greater contrast.

OLED is the only tech here that doesn’t rely on liquid crystals. OLED stands for “organic light-emitting diode,” and generally speaking, the technology offers the best image quality out of any of the panel types we’ve discussed so far.

In an OLED display, each pixel is its own dimming zone, resulting in up to millions of local dimming zones, compared to over 1,000 in LED displays.

Like QLED, QD-OLED (quantum dot organic light-emitting diode) is a type of LED that Samsung says is more colorful thanks to the use of quantum dots. QD-OLED TVs just started coming out this year, making Samsung a direct competitor of LG for OLED supremacy. For a deeper dive on the tech, see our explainer on QD-OLED.