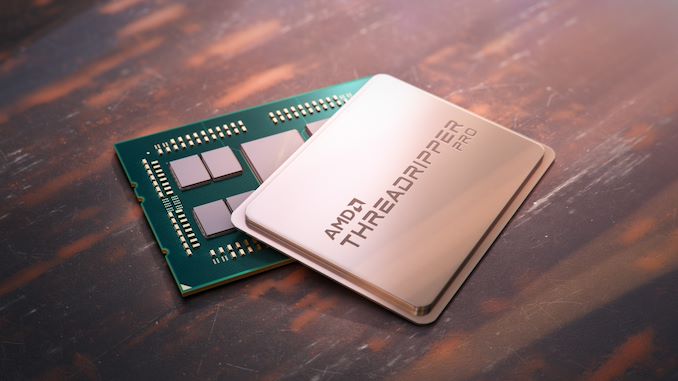 Ryzen Threadripper 5000 is AMD’s newly updated HEDT workstation platform running on AMD’s Zen 3 architecture. Compared to Threadripper 3000, Threadripper 5000 offers significantly higher IPC performance, up to a 19 percent uplift, and a unified L3 cache per CCD which increases core responsiveness and performance in nearly all workloads. Core counts remain the same, but core frequencies have gone up.

In Puget Systems’ testing, the significantly quicker cores on Zen 3 Threadripper can make for considerable gains in heavily multi-threaded applications, despite core counts staying the same as the previous generation. This should be advantageous for all users since single-core heavy and multi-core heavy workloads can benefit from all of Threadripper 5000’s performance improvements.

Starting with Premiere Pro, Puget Systems found the 5995WX, 5975WX and 5965WX all dominating the charts over AMD’s Zen 2 counterparts and Intel’s W-3345, and W-3335 processors. The only exception to this behavior was Intel’s Core i9-12900K which scored the highest result, but the Zen 3 chips are behind by just a few percentage points. This shows us that Premiere Pro is a heavily single-threaded application and that AMD’s Zen 3 chips can keep up even with Intel’s Alder Lake CPUs.

Davinci Resolve shares similar behavior to After Effects, but all the chips are much closer to each other in performance. Nonetheless, all of AMD’s Threadripper 5000 chips were ahead.

Adobe Photoshop sees another win for Intel’s Core i9-12900K, beating out everyone, including Threadripper 5000. However, the Zen 3 chips do take 2nd place, beating out Intel’s Xeon W lineup and AMD’s Zen 2 counterparts. Photoshop is notorious for being highly single-threaded, which is why Intel’s more superior IPC on Alder Lake beat out AMD’s Zen 3 chips.

Adobe Lightroom Classic is somewhat an anomaly with the Zen 3 chips. The 24-core 5965WX and 32-core 5975WX easily take the win and beat all other chips tested. However, the 64-core 5995WX part takes up 5th place, as it was surprisingly outperformed by the previous-gen 32-core 3975WX and Core i9-12900K. Presumably, Lightroom’s core management has issues with the 64 core model that isn’t a problem in the lower core count SKUs.

Other notable benchmarks include Unreal Engine and Blender, both of which are very heavy multi-core applications. Overall, Ryzen Threadripper Pro 5000 sees a 15% performance improvement in both benchmarks over all SKUs compared to the previous generation. However, even when we compare Intel’s Xeon parts, the 32-core W-3365 still lags behind AMD’s 24-core 5965WX.

Overall, AMD’s Ryzen Threadripper 5000WX CPUs are substantially quicker than Intel’s workstation Xeons and AMD’s Ryzen Threadripper 3000 parts, with a 15 to 45 percent performance improvement depending on the task. This makes Ryzen 5000WX a very viable solution in the workstation market and beats anything Intel can offer, and that’s before we see how a CPU overclock would weigh in. The only exception is the Core i9-12900K in specific Adobe applications, which are single-core biased. It will certainly be interesting to see how these chips fare against AMD’s own Ryzen 7000 when it arrives later this year.