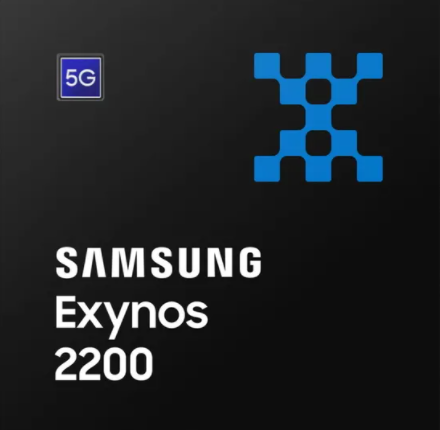 The Galaxy S22 could use AMD’s RDNA 2 graphics tech

Samsung has announced the Exynos 2200, its new in-house mobile processor for smartphones. It’s the first mobile system-on-a-chip to include a GPU with AMD’s RDNA 2 graphics architecture, enabling features like hardware-accelerated ray tracing.

The collaboration with AMD has been long in the making. The two companies first announced a licensing deal in 2019, then AMD confirmed last year that Samsung’s “next flagship mobile SoC” would use RDNA 2. Samsung recently teased an announcement event for the Exynos 2200 that was supposed to take place on January 11th, but it was mysteriously delayed.

The Exynos 2200 is manufactured on Samsung’s 4nm EUV process. Samsung is branding this GPU as “Xclipse,” and AMD’s SVP of Radeon GPU tech David Wang says in a statement that it’s “the first result of multiple planned generations of AMD RDNA graphics in Exynos SoCs.”

On the CPU side, the Exynoss 2200 uses Armv9 cores: one high-powered Cortex-X2 “flagship core,” three Cortex-A710 cores for balanced performance, and four more efficient Cortex-A510 cores. There’s also an upgraded NPU that Samsung says offers twice the performance of its predecessor, and the ISP architecture is designed to support camera sensors of up to 200 megapixels, one of which Samsung announced last year.

Samsung’s highest end Exynos chips usually make their way into the company’s flagship Galaxy S phone series, although models sold in the US and certain other markets use Qualcomm’s Snapdragon SoCs. Other phone makers like Vivo occasionally use Exynos chips in their own devices, but we’ll likely have to wait until the presumptive Galaxy S22 is in our hands to find out if AMD’s technology translates into a meaningful leap forward in mobile GPU performance.

Programming languages that will get you a job in Google, Apple and Meta