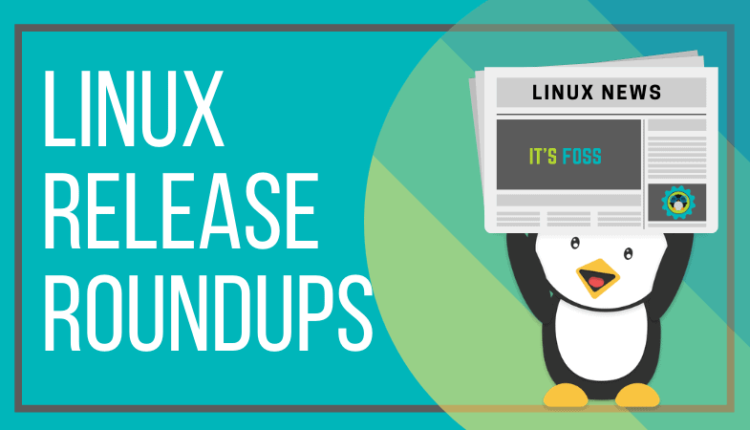 Here’s a quick overview of the latest releases of Linux distributions and applications.

In the Linux Release Roundup series, we summarize the new distribution and application version releases in the past week. This keeps you informed of the latest developments in the Linux world.

Deepin 20.3 Released
Deepin 20.3 is a point release that brings in some significant changes that include Linux Kernel 5.15 LTS and a new screen capture mode.

You can explore more about it and get a good look at it in our original coverage.

You can also enable the AHS repo if you are already using MX Linux 21 to get the latest packages. To learn more about the release, check out our coverage.

Endless OS 4.0 Released
Endless OS is an education-focused Linux distribution that aims to bring all the necessary tools pre-installed.

The latest release is a long-term support release that will receive updates even after its next major release. Read more about it in our coverage.

Pinta 1.7.1 Released
Pinta is an open-source alternative to Paint.NET, which is a popular tool for Windows.

With the latest version, you get enhancements to easily control the background/foreground color among other features. Get all the details in its release notes.

LibreOffice 7.2.3 Released
LibreOffice’s latest version is a bug fix release with over a hundred issues fixed. You can take a look at the release notes for more details.

EuroLinux 8.5 Released
EuroLinux is a clone of RHEL (Red Hat Enterprise Linux). This release introduces migration scripts among other improvements.

You can take a look at its release notes to learn more.

You can go through the changelog to know all the technical details.