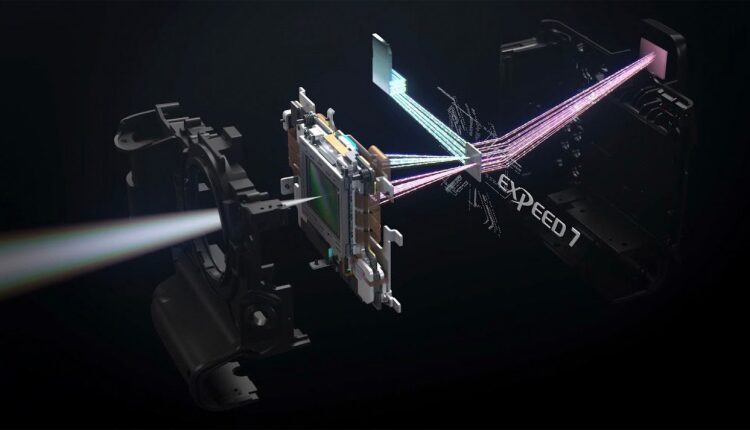 Nikon has published a short video that further explains the “Dual-stream” technology in its upcoming Z9 flagship camera, which it says will always assure an accurate reality-to-viewfinder experience.

The Dual-stream technology is part of Nikon’s technology for what it bills as a “real-live” viewfinder experience in the Z9. The company says that the tech is only made possible thanks to the combination of the newly-developed stacked CMOS sensor and the EXPEED 7 image-processing engine, which allows photos to be displayed on the electronic viewfinder or LCD monitor (whichever is being used to monitor capture) as well as record that still-image data to a memory card at the exact same time.

Nikon says this differs from other “blackout-free” shooting experiences from competitors as other implementations have some kind of a delay between what is seen and what is captured.

“Unlike conventional blackout-free shooting that displays the same frame to prevent interruption of the finder image, this viewfinder continues to display the actual movement of the subject within the scene, so that every single moment can be smoothly and continuously confirmed with no skipped frames or loss of view,” Nikon claims.

“Because this is achieved even when continuous shooting is repeated over a short period of time, it is ideal for scenes in which tracking of quickly moving subjects is required, such as during sports, allowing users to reliably capture the finest moments without missing any shutter opportunities.”

The video above shows that the pixel array captures image data and moves it through to the camera’s circuitry and simultaneously then streams that data to two separate outputs, one to the viewfinder or LCD and one to the memory card.

“Dual-stream technology processes data for live view and recording separately and in parallel, which makes the Real-Live Viewfinder possible,” the company further explains.

The company says this particular implementation delivers a smooth view that reveals every single moment of the capture, including those previously missed by conventional electronic viewfinder systems or those that block the view due to a mirror in DSLRs.

The video also shows a “competitor” camera that skips and repeats some frames side by side with Nikon’s implementation, though the company does not state which camera it is comparing the Z9 experience to.

The Nikon Z9 features a 45.7-megapixel stacked CMOS sensor, 8K video capability, and is the first professional full-frame mirrorless camera to be released without a physical shutter. It is scheduled to become available to purchase by the end of the year for $5,500.