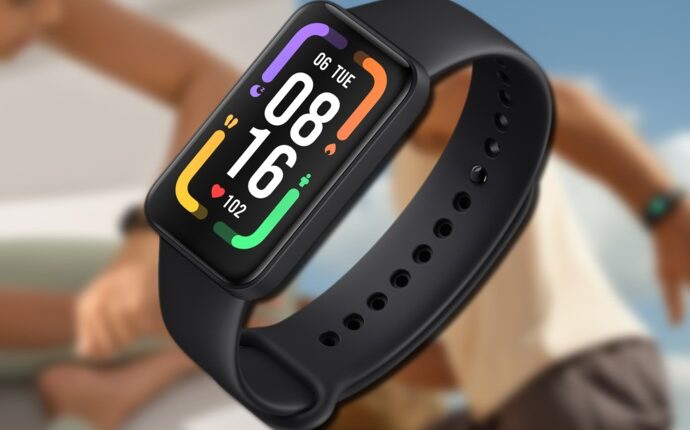 Yet another wearable has come out of the house of Xiaomi, this time in the form of the Redmi Smart Band Pro. It’s arguable whether this latest device offers enough differences between itself and the still recent Xiaomi Mi Smart Band 6 to completely warrant its existence, although it might be targeted for regional markets where the Mi Smart Band 6 is not directly available. The main visual difference between the Redmi Smart Band Pro and its Mi counterpart is the shape of the display – the Redmi gadget has more of a smartwatch-like design to it with the casing going beyond the strap width and being square in shape.

Apart from not being too shabby in the looks department, the Redmi Smart Band Pro is packed full of useful features, which one would expect from such an accessory. Apparently 110+ workout modes are available to the wearer, including popular activities such as running, cycling, swimming, and yoga. The Redmi Smart Band Pro can detect when a workout has started and measure the effort made by its user. The tracker is rated for 5 ATM water resistance, and it can last up to 14 days of typical usage or 20 days in power-saving mode after being fully charged via the magnetic charger.

As for health features, the Redmi Smart Band Pro, which supports apps such as Strava and Apple Health, can measure stress levels and it offers a female health function. Sleep quality tracking is onboard as is the practically requisite 24/7 heart-rate monitor. Blood oxygen levels can be checked by the SpO2 sensor, which can be set to be carried out automatically while the user is sleeping. While a price isn’t listed at the moment, it has been speculated that the Redmi Smart Band Pro could cost about €59 (US$68/£50/₹5,111) upon international release.

Citrus trees: how to grow, feed and harvest

Microsoft overtakes Apple to become the world’s most valuable company