Intel finally confirmed its new GPU’s specs, and it looks like a beast 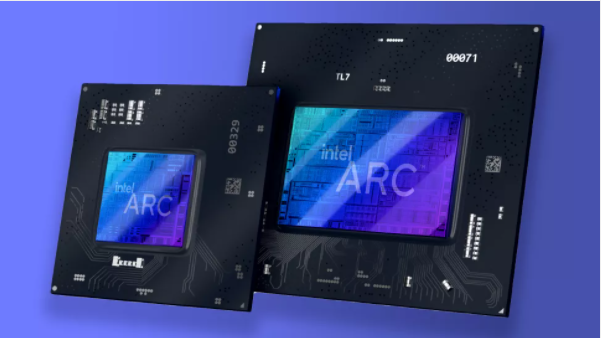 Intel’s Arc Alchemist discrete GPUs will be every bit as chunky as we’d hoped.

Intel’s first discrete GPU in years looks to be every bit as chunky as we’d hoped for. At its InnovatiON event, where it officially unveiled details about its Alder Lake CPUs, Intel confirmed that the Arc Alchemist graphics processor will pack 32 Xe Cores. Each Xe core has 16 Vector Engines and 16 Matrix Engines, equating to 512 EUs (Execution Units) in total.

Essentially, the rumours that Alchemist was going to be a big powerful GPU appear to be spot on. We may still see smaller versions of the chip, lower down the stack, but at least there is hope for a full-fat model. The promise of RTX 3070-like performance is still in the cards and a competitive graphics card market should be awaiting Alchemist at its launch at the start of 2022.

Not only did Intel confirm the makeup of Alchemist, but it also used the event to show off what those Matrix Engines are capable of by demonstrating XeSS running on a launched game, specifically The Riftbreaker. While it wasn’t clear what framerates we were looking at, the XeSS upscaled 4K image was clearly much sharper than a standard upscaled image.

It may only be one game, but as we’ve seen from AMD FSR and Nvidia DLSS, getting such upscaling technology in games is vital. That Intel’s XeSS is running in a launched game before the hardware is available is a good sign.
Source: www.pcgamer.com
GPUIntel
46
Share

Next major global Huawei software update, but when?