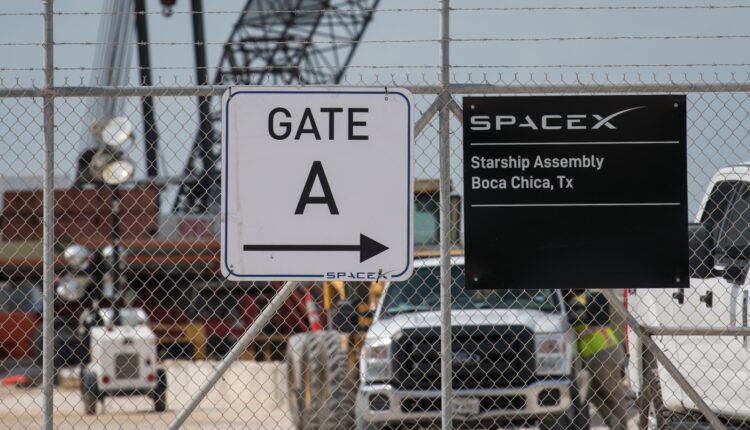 SpaceX’s Texas Starbase needs natural gas for a new power station and rocket fuel. But how will it get there?

An environmental document that needs U.S. Federal Aviation Administration approval before SpaceX can begin testing the world’s largest rockets is missing key details about where its fuel will come from, experts say.

The draft programmatic environmental assessment (PEA) for SpaceX’s Starship and Super Heavy launch vehicles, which Elon Musk hopes will soon be shooting into orbit and then on to Mars, was issued last month by the FAA for public comment. The 142-page document covers construction and daily operations at SpaceX’s Boca Chica facility in Texas, which Musk is hoping to incorporate as a city called Starbase. These include pre-flight operations, rocket tests, launches and landings, as well as fuel, water and electricity supplies.

A new pre-treatment system will purify and cool natural gas into liquid methane fuel for the Starship and Super Heavy rockets. Much more gas will be needed for a new 250-megawatt gas-fired power station. A power plant this big typically serves over 100,000 homes and can cost hundreds of millions of dollars. But while rocket launches get a lot of coverage in the PEA, the new power plant receives only a cursory mention. In particular, it is unclear how the tens of millions of cubic feet of gas required daily will get to SpaceX’s remote facility near the Mexican border.

Failing to mention this in the PEA is unusual, and possibly contravenes the federal National Environmental Policy Act (NEPA), says Pat Parenteau, professor of law and senior counsel in the Environmental Advocacy Clinic at Vermont Law School.

“NEPA is what we call the look-before-you-leap law,” Parenteau said. “It’s designed to inform federal decision-makers about the environmental impacts of their actions and ways to avoid them.”

A pipeline is the usual way to transport natural gas to a power station. An official at a federal agency told TechCrunch that earlier this year SpaceX inquired about reusing a defunct natural gas pipeline running through the Lower Rio Grande Valley National Wildlife Refuge.

“They want to reactivate the pipeline for transporting methane via pipeline rather than by truck as they do now,” wrote the official, who asked not to be named.

However, that pipeline was permanently abandoned in 2016, according to the official and state records. The official told TechCrunch that the defunct pipeline now houses fiber optic cable for a University of Texas Rio Grande Valley internet connection.

Trucking in enough natural gas to support both a large power plant and regular rocket launches would be a considerable undertaking. It would require thousands of tanker deliveries every year, according to one engineer TechCrunch spoke to.

SpaceX has even suggested that it would be interested in drilling for gas itself, as first reported by Bloomberg earlier this year. In a dispute over the ownership of some abandoned gas wells, the company later wrote: “SpaceX [has] a unique ability to utilize natural gas with different economic incentives that do not depend on transportation or sale to gas markets.”

Regardless of which method SpaceX opts for, the environmental impact should have been disclosed in the PEA, according to Parenteau.

“Methane is a very potent greenhouse gas and the courts have said, whenever you’re proposing a project that involves methane, you have to look all the way back to the wells, at distribution through pipelines, and at the downstream effects where the gas is burned,” he said.

According to the blog of an environmental engineer who has been studying the Starbase, the PEA also makes no mention of other equipment that would be typical for gas power stations and gas treatment plants, including a thermal oxidizer, ammonia storage tanks and gas flare. All of these have environmental impacts, including a carbon footprint and air pollution.

The FAA provided the following statement: “The draft assessment was written in compliance with the National Environmental Policy Act and other applicable environmental laws and regulations.”

SpaceX did not respond to requests for comment, but Musk did refer to the company’s reliance on fossil fuels at a Tesla shareholders’ meeting on Thursday. “People say a carbon tax would benefit Tesla,” he said. “I’m like, ‘Yeah, but it would hurt SpaceX.’” He then noted that (atmospheric) methane eventually breaks down into carbon dioxide. “Don’t worry too much about methane,” he concluded.

Although the gas power station’s exact location is still uncertain, it will be about 5.4 acres in size, have structures up to 150 feet tall, and operate continuously year-round, day and night. There is also a small (1 megawatt) solar farm that SpaceX hopes to expand, according the PEA report.

SpaceX needs the gas power station to run a new desalination plant that will produce the millions of gallons of fresh water needed annually for sound and fire suppression during launches. Large amounts of electricity will also be used to make liquid oxygen from the air.

NEPA is not the only federal rule that applies. A 250-megawatt power station would normally qualify as a major new source of air pollution under the Clean Air Act, according to Parenteau and another expert. This would trigger another lengthy environmental review.

“More than 50 years after NEPA [was enacted], I’m pretty surprised to see an agency doing this,” Parenteau said. “Perhaps they’re hoping that nobody notices?”

Following the close of the public comment period on November 1, the FAA will either issue a final PEA that will clear SpaceX to proceed — subject to the FAA’s safety findings — or declare its intent to prepare a much more detailed Environmental Impact Statement (EIS), which usually takes years to prepare.

If the final PEA does not appear to meet the requirements of NEPA or the Clean Air Act, local community or environmental organizations could sue to force the FAA to prepare an EIS, potentially delaying a Starship orbital launch further.