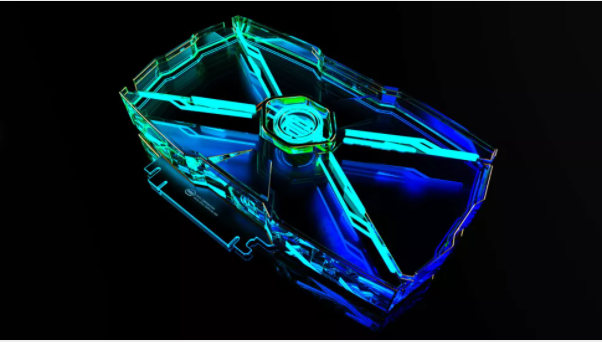 Intel is claimed to be officially taking aim at Nvidia’s GeForce RTX 3070 and AMD’s Radeon RX 6700 XT with at least one of its upcoming Arc Alchemist graphics cards.

A slide reportedly seen by leaker Greymon55 on Twitter states Intel is targeting the performance of its competitors’ decently powered graphics cards with an 175–225W Alchemist GPU. Or even multiple thereof.

That may not come as a surprise to some of you. We’ve heard tell of an RTX 3070 competitor out of Intel’s Alchemist lineup for a good while now, and this latest rumour only comes as further backing up to that assumption.

In fact, Intel’s CEO Pat Gelsinger recently reaffirmed to analyst Pierre Ferragu the company’s plan to take the fight to Nvidia with its new graphics card lineup: “We have our GPU architecture where we are gonna start being in a position to really put pressure on Nvidia for the first time ever.”

We’ve even heard rough TDP predictions of 225–275W through the grapevine, but nothing too concrete.

If what is claimed of these mystery slides is true, though, we would have a better idea as to what sort of performance, and performance-per-watt, we can expect out of the top-end Intel Alchemist graphics cards.

The RTX 3070 is listed with a TDP of 220W, so that would put Intel on relatively even footing in terms of performance-per-watt at the high-end. Similarly, the RX 6700 XT is rated to 230W, not all that far off the purported 225W top TDP of Intel’s competing card(s).

If Intel manages that same RDNA 2 performance for the lower 175W GPUs, I’d not only be surprised, I’d be very impressed, too.

Intel has confirmed it will be using TSMC’s 6nm process node for Alchemist, which means it should actually be at a slight advantage in terms of process node performance next to Nvidia and AMD’s existing GPU lineups. But what really matters will be how the Xe-HPG architecture powering Alchemist stacks up.

The Xe-HPG architecture at the core of Intel Alchemist will need to have a very power efficient core to go head-to-head with the Ampere and RDNA 2 architectures. That’s incredibly important for gaming performance, too.

Intel says Xe-HPG is optimising for gaming first, and we know it’s tweaked the formula from the Xe-LP chips that came before it to make it that much better at pushing frame rates.

How much better will be key to its competitiveness versus AMD and Nvidia, and for all of our sake’s I hope it can at least ruffle some feathers in the current gaming GPU market. The RTX 3070 is a $499 card at MSRP, and the RX 6700 XT is a $479 card, if you could find ’em, and wouldn’t it be great to see something cheaper take a bite out of that market?

But let’s not forget AMD and Nvidia are likely to have a response in kind, too.

Intel has promised we’ll see Alchemist GPUs by Q1 2022, which actually isn’t all that far off now.  There’s still a lot to get ready in time for release, not the least bit on the software side by way of drivers and its upscaling technology, XeSS.