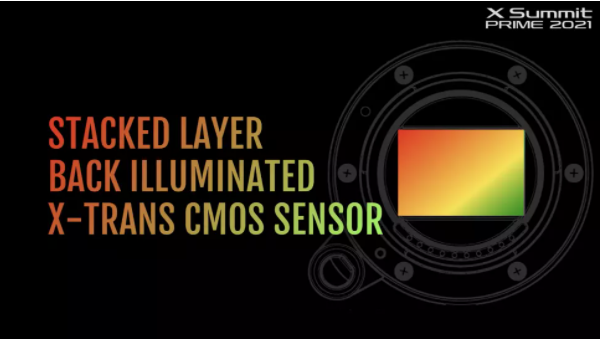 Fujifilm has announced that its first ever stacked, BSI (back side illuminated) X-Trans image sensor will be coming in 2022 – and hinted that it will appear in a brand new flagship camera.

Currently, the manufacturer’s flagship camera is the Fujifilm X-T4. Previously, however, its flagship body had been 2018’s Fujifilm X-H1 – a sadly neglected product line, and Fujifilm’s first ever body with in-body image stabilization.

There have been conflicting rumors for the past couple of years that the company has either abandoned the X-H line or gone back to the drawing board with it, but in recent months rumors have picked up that a successor is on the way in 2022. In fact, it has been claimed that two X-H cameras will materialize next year.

“According to our trusted sources, Fujifilm has not one (1) but two (2) Fujifilm X-H2 cameras scheduled for release in 2022,” reported Fuji Rumors. “So, not only the X-H line is not dead, but Fujifilm will double down on it.”

For Fujifilm’s part, it didn’t reveal anything about the upcoming camera other than it will be a flagship. So it could be the case that the new sensor is in fact destined for a Fujifilm X-T5, maintaining the flagship lineage of that line. However, if we combine the above rumor about two cameras with Fujifilm’s announcement of “exciting cameras” plural, we may indeed get the long-rumored Fujifilm X-H2.

“Like always, we have one last topic at the very end to share with you,” said Fujifilm senior manager, Shinichiro Udono, at the conclusion of September’s Fujifilm X-Summit Prime 2021.

“In 2022, which is the tenth anniversary of X-System, not only are we preparing new lenses, but we will introduce the next generation devices and a flagship camera,” added Ryosuki Nagami.

“What is the new device?” teased Udono. “A bit of a hint would be stacked BSI CMOS sensor with X-Trans filter array. We can’t wait to share more information about the exciting cameras for next year.”

What is a BSI sensor?

Ideally there should be no gaps at all between the photosites, so that they are as large and efficient as possible. Engineers realized that they could do this by flipping the sensor around, so that it is illuminated from the back where there is no circuitry and the sites can be made with no gaps. Effectively, the circuitry is now on the back of the sensor, where it’s not obscuring any of the light.

Practically all modern cameras now use back side illuminated sensors. The name isn’t very helpful, but it’s one that’s just stuck from the solution that engineers adopted. The sensor isn’t illuminated from the back at all – it would make more sense to say what used to be at the front of the sensor is now at the back.

What is a stacked sensor?

This refers to the fabrication process whereby layers of both sensor and circuitry are ‘stacked’ on top of one another, enabling manufacturers to make components like RAM an integrated part of the sensor itself.

Accordingly, stacked sensors are incredibly quick and efficient and can perform blisteringly fast readout speeds – resulting in the unfathomably fast 30 frames per second continuous stills shooting of cameras like the Sony A1 and Canon EOS R3, along with drastically reduced rolling shutter (the ‘jello effect’) when panning while shooting video.