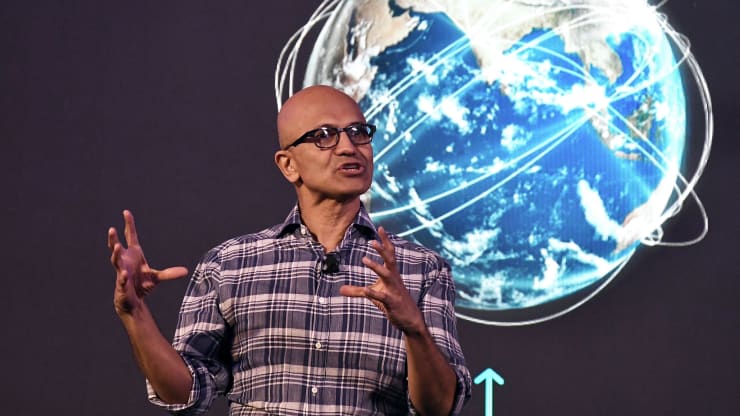 Microsoft shares closed at a fresh record Monday, as more analysts recognized the financial implications of the software and hardware maker’s decision to lift the price of certain Office 365 productivity software subscriptions for businesses next year.

Shares closed at $304.65 for the day, giving the company a market cap of nearly $2.3 trillion. Microsoft shares are up about 37% for the year, outpacing most of its large tech rivals. Google-parent Alphabet has notched gains of nearly 60% year to date, however.

Analysts haven’t been quick to update their estimates, but many said the price change has the potential to boost revenue for a foundational part of the company — along with profit — that the costs of providing Office 365 services to customers are already factored into Microsoft’s operations.

Commercial subscriptions to Office 365 represented about 18% of Microsoft’s revenue in the fiscal year that ended on June 30, a Goldman Sachs team led by analyst Kash Rangan wrote in a Sunday note.

“in our view, price increases could be aimed at driving further migration up to premium E3 and E5 SKUs as the percentage increases are lower for more premium tiers, increasing the relative value proposition of premium SKUs,” Rangan and his colleagues wrote.

Mizuho and UBS analysts upped their price targets on Microsoft stock to $350 from $325 after Microsoft’s announcement.

The impact won’t just hit the Office line. The cost of Microsoft 365 E3, whose price will go up 13%, includes Windows as well as Enterprise Mobility and Security features. More revenue coming from that subscription means more money for the highly profitable Windows business, along with the per-user portion of the fast-growing Azure cloud business, the UBS analysts wrote.