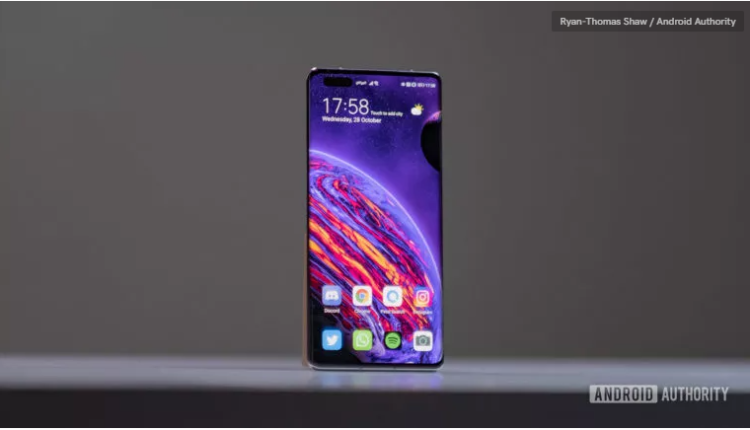 Curved displays have become a fixture on Huawei‘s premium flagships, but they’re more for aesthetics than a practical feature. However, a new patent suggests future Huawei phones could take this design to the extreme while adding utility.

Spotted by LetsGoDigital, the patent describes a display that occupies the phone’s front and sides. The sliver of the screen on each edge also packs touch controls, replacing physical volume, power, and trigger buttons. The display’s borders would be sensitive to various pressure levels.

Notably, Huawei added virtual buttons to the Mate 30 Pro, but the system was convoluted and unnecessary. Thankfully, it reverted to physical buttons a year later.

Using the screen in such a manner does have its benefits. While physical buttons are primarily limited to single functions, Huawei’s concept could allow its phone to adjust functionality based on the currently running app, activity, or situation. I would be aesthetically striking, too, especially when viewing the phone from side-on.

The negatives can’t be ignored, though. Huawei would need some intelligent touch rejection to stop users from accidentally activating menus and virtual buttons. As the display doubles as its buttons, dropping this phone would be a nightmare.

Huawei isn’t the first firm to imagine a phone with such a display design. Xiaomi recently filed a quad-curved phone and has the wrap-around Mi Mix Alpha under its belt, too. In 2019, Oppo’s “waterfall” screen concept made its debut.

What do you think of Huawei’s curved display patent design?

It’s unclear if or when this Huawei patent could feature on a consumer-ready smartphone. This patent was filed in 2019, so the company has been working on it for quite some time. However, three years later, the industry is slowly trading curved displays for those that fold.

But what do you think of Huawei’s curved display patent design? Be sure to vote in our poll above!

How to score 100 on Google PageSpeed Insights on Mobile