Could China’s molten salt nuclear reactor be a clean, safe source of power? 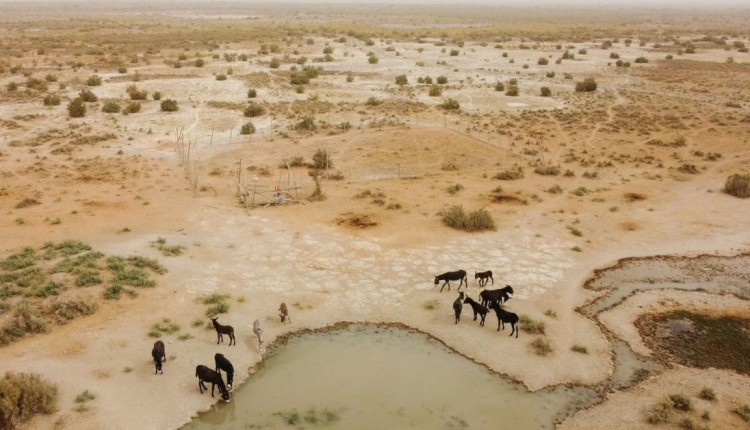 A team of government researchers in China have unveiled the design for a commercial nuclear reactor that is expected to be the first in the world that does not need water for cooling, allowing the systems to be built in remote desert regions to provide power for more densely populated areas.

The molten salt reactor, which is powered by liquid thorium rather than uranium, should also be safer than traditional ones because in the event of a leak, the molten thorium would cool and solidify quickly, dispersing less radiation into the environment.

Construction work on the first commercial reactor should be completed by 2030 and the government plans to build several in the deserts and plains of central and western China.

because, unlike uranium, thorium cannot be used to make nuclear weapons.

“Small-scale reactors have significant advantages in terms of efficiency, flexibility and economy. They can play a key role in the future transition to clean energy. It is expected that small-scale reactors will be widely deployed in the next few years,” Professor Yan Rui and colleagues at the Shanghai Institute of Applied Physics wrote in a paper published in the Chinese journal Nuclear Techniques last week.
“A molten salt reactor has the advantage of being multipurpose, small in size and highly flexible. It is as easy to design as a small-scale reactor. In recent years, the potential of small-scale molten salt reactors has caught international attention.”
An important drive for the molten salt reactor programme came from President Xi Jinping’s announcement last year that China would become
carbon neutral by 2060, according to scientists involved in the project.
According to the official plan, reactors in the sparsely populated west of the country will provide a clean, stable electricity supply to the densely populated east in combination with wind and solar power plants.
The thorium molten salt reactor (bottom left) will work with renewable energy sources such as wind and solar power plants to produce clean, stable energy. Credit: Chinese Academy of Sciences

The technology could also provide a new energy source for Chinese warships such as aircraft carriers and submarines.

The concept of a reactor powered by liquid salt rather than solid fuel rods has been around since the 1940s, and in the following decade the United States started an experimental programme to build a bomber fuelled by the technology.

In the 1960s the US built a facility to test the technology’s capacity to generate electricity, while countries such as France, the former Soviet Union and Japan also launched similar programmes.

The idea was attractive because the liquid fuel acts as its own coolant, removing the need for water, while thorium’s lower levels of radioactivity meant there is less risk of nuclear proliferation.

These early projects all failed because they could not solve problems such as pipes cracking too easily because they had become corroded by the radioactive molten salt.

But scientists learned a lot from these experiments and in recent years researchers in the field have received steady support from the Chinese government.

In 2011, Beijing approved the construction of the prototype Thorium Molten Salt Reactor (TMSR), in Wuwei, a desert city in Gansu province.

Meanwhile, teams of researchers from across the country were mobilised to solve the technical problems that scuppered previous attempts, such as the development of an alloy that can withstand the radiation from thorium salt at temperatures of nearly 1,000 degrees Celsius (1,832F).

Although the project fell behind schedule last year, in part due to the pandemic, construction work on the TMSR is due to finish next month and a test run of equipment could start as early as September.

Although the prototype is only capable of generating two megawatts, if it succeeds it will be the first time the theory has been brought to life. The commercial reactor designed by Yan and his colleagues could generate up to 100MW, less than a uranium reactor but still enough to power a modern residential area with 100,000 inhabitants.

Though a power plant needs other equipment such as steam turbines, the reactor itself will only be 3 metres (10 feet) tall and 2.5 metres wide, about the size of a bathroom.

It works by allowing the thorium to flow through the reactor, participating in a nuclear chain reaction and transferring the heat to a steam generator outside before returning to the reactor for another cycle.

It is safer than traditional nuclear technology because in the event of an accident the molten salt will fall into an underground container.

“Due to its high melting point … the molten salt will quickly cool and solidify without the direct release of solid and liquid effluents, thus preventing the further diffusion of radioactivity into the environment,” the team wrote.

China, Russia agree to boost ties in ‘priority’ area: nuclear energy
Another part of the appeal for China is that it has some of the world’s largest reserves of thorium, a silvery metal with weak radioactivity. By some calculations it has enough to meet the country’s energy needs for at least 20,000 years.

In contrast, China has some of the lowest uranium reserves of any nuclear-capable country and even though work on seven or eight new nuclear plants is due to begin within the next few years, there is growing concern in Beijing that shortages could affect the country’s energy security.