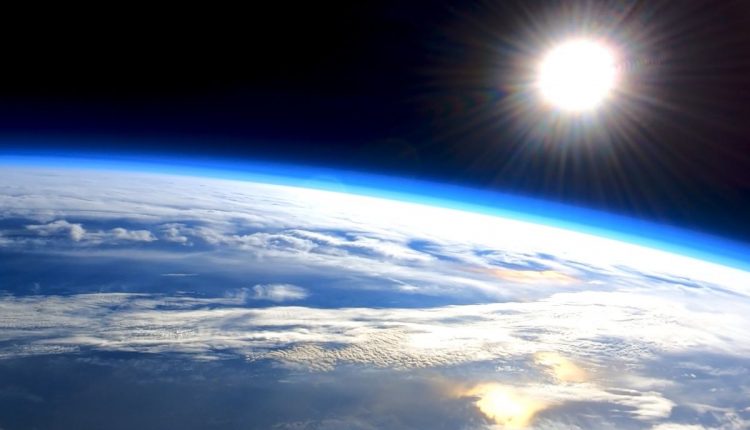 Share
The sun erupted with a surprise solar flare on Saturday (July 3), the largest since 2017, in an early explosion of cosmic fireworks ahead of the Fourth of July.

The solar flare occurred from a sunspot called AR2838 at 10:29 a.m. EDT (1429 GMT) on Saturday and registered as a powerful  X1-class sun event, according to the U.S. Space Weather Prediction Center (SWPC) tracking the sun’s weather. It caused a brief radio blackout on Earth, center officials said in an update.

A video of the solar flare from NASA’s Solar Dynamics Observatory shows the flare erupting from the upper right limb of the star as seen by the spacecraft, one of many used to monitor the sun’s weather.

In Photos: The Sun’s Wrath: Worst Solar Storms in History

X-class solar flares are the strongest kind of eruptions on the sun. When aimed directly at Earth, the most powerful ones can endanger astronauts and satellites in space, as well as interfere with power grids on Earth. More moderate M-class solar flares can also supercharge Earth’s auroras with dazzling displays.

The sunspot AR2838 that shot off Saturday’s flare is new active region on the sun.

“This sunspot region developed overnight and was also responsible for an M2 flare (R1 – Minor Radio Blackout) at 07:17 UTC on 03 July,” SWPC officials wrote in the update.

Spaceweather.com, a website that tracks space weather events, reported that the sunspot’s big flare registered as a class X1.5 on the scale used to track sun events and has now rotated around to the far side of the sun.

“As quickly as it appeared, the sunspot is already gone,” Spaceweather.com reported today. “On July 4th it rotated over the sun’s northwestern limb, and will spend the next two weeks transiting the far side of the sun.”

SPACE.COM EDITOR IN CHIEF — Tariq joined the Space.com team in 2001 as a staff writer, and later editor, covering human spaceflight, exploration and space science. He became Space.com’s Managing Editor in 2009. Before joining Space.com, Tariq was a staff reporter for The Los Angeles Times. He is also an Eagle Scout (yes, he has the Space Exploration merit badge) and went to Space Camp four times as a kid and a fifth time as an adult. He has journalism degrees from the University of Southern California and New York University. To see his latest project, you can follow Tariq on Twitter.

Join our Space Forums to keep talking space on the latest missions, night sky and more! And if you have a news tip, correction or comment, let us know at: [email protected]

List of Xiaomi, Redmi, Poco and Black Shark devices that will update to Android 12