Earlier this year, Huawei launched the MateBook 14s laptop in China with Intel 12th-gen core processors and a 2.5k resolution display. Now, the company has unveiled a new intel core i9 processor variant of the device in its home country. The device packs 16GB of RAM and 1TB of storage. Here are all the details.

The new Huawei MateBook 14s i9 version, equipped with 16GB of memory and 1TB SSD, is priced at 8699 yuan ($1,245). It is offered in three colors: Space Gray, Bright Moon Silver, and Spruce Green. The device comes with a metal body design and weighs around 1.43kg.

Huawei has recently upgraded its notebook lineup with the latest Intel i9 processors and the company today begins MateBook 14s i9 version sale. According to the information, the MateBook 14s is equipped with several high-profile features and a sleek design as it is priced at 8499 yuan (1218 USD)

Interestingly, the bezels around the display are tiny, which provides a better view experience. But the fact is that this screen also supports touch interactions. 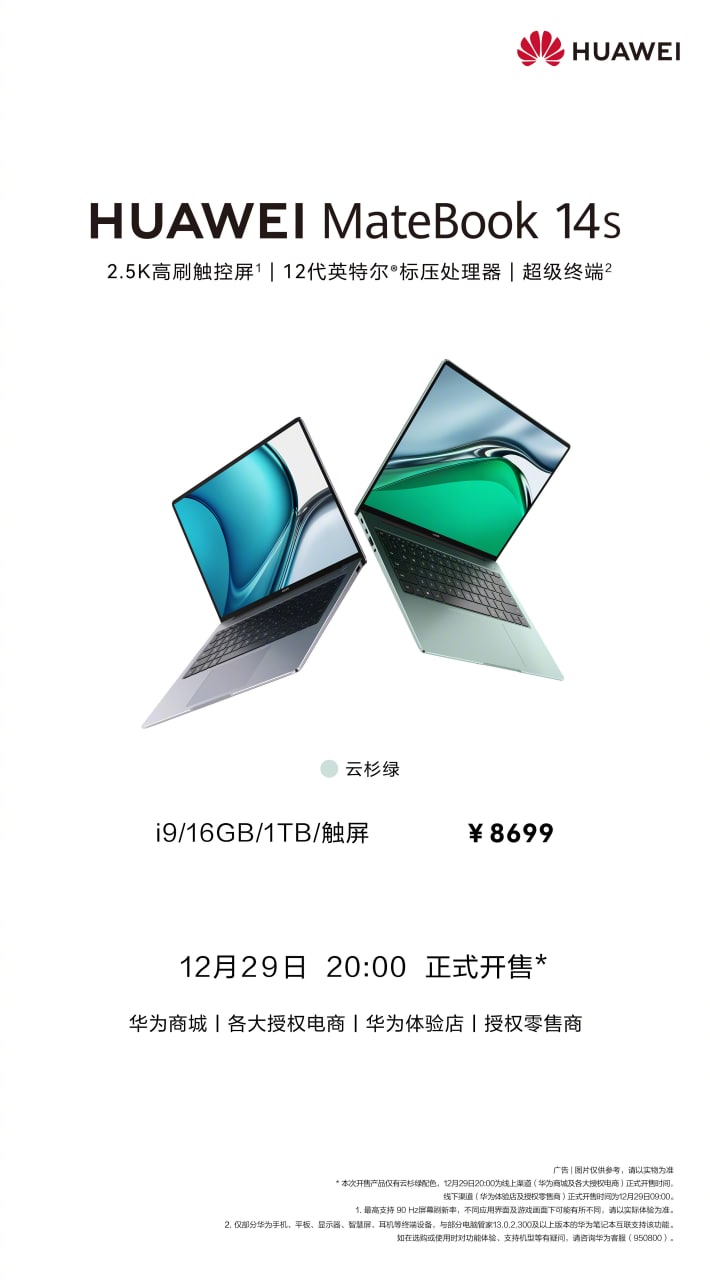 Moving on, the notebook has two storage options of 1TB and 512GB NVMe PCIe SSD. Along with integrated Intel Iris Xe Graphics. This will be supported by 16GB LPDDR4x dual-channel RAM.

The notebook uses a 60Wh high-capacity battery that could recharge with a 90W super fast charger with a USB-C interface.

It runs Windows 10 for the older model and the latest model may come with Windows 11 out of the box. If it won’t then it’s a free upgrade over the newest version.

That’s not it, the notebook is featured with the Huawei Mobile App engine, which helps you to run mobile apps on a PC. There are several other smart features such as smart screen collaboration.

Furthermore, it has four microphones on each side of the base to pick up voices up to 5 meters of distance.

In terms of connectivity, the Huawei MateBook 14s will provide WiFi 6 and Bluetooth 5.1. In terms of Input/Output, the notebook includes two USB-Cs, one USB 3.2 Gen1, one HDMI, and One 3.5 mm headphone & microphone combo port.