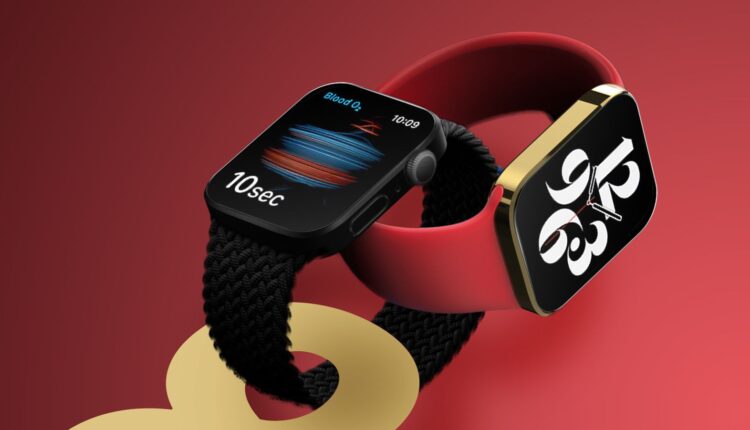 Apple is making a new version of the Apple Watch Series 8, and it almost certainly doesn’t look like the one in our picture (above). That’s according to well-connected industry analyst Mark Gurman(opens in new tab), whose latest Power On newsletter spills the tea on Apple’s plans for its best smartwatch. While the Series 8 Pro version will indeed get a significant redesign, it won’t have the flat sides we’ve seen in many leak-based renders.

Gurman says that “The high-end model is going to be a good bit bigger than the standard Apple Watch – big enough that it might only appeal to a subset of customers.” The screen will be 7% larger than the Apple Watch Series 7, and while it’s getting “a fresh look – the first time the company has introduced a new Apple Watch design since 2018” – it won’t be circular and it won’t have flat sides. It’ll be made of titanium and designed to be rugged.

Gurman’s sources tell him that the design of the Apple Watch Series 8 Pro will be an evolution of the current Apple Watch, so while it’ll be a bit different – most likely by using that extra screen area to pack in much more visual information for its target audience of athletes and serious fitness fans – it’s not going to be radically so. Apple tends to evolve its hardware designs, so while my latest iPad Air looks very similar to my MacBook Pro it also looks like every other iPad Apple has ever made. It’s likely to be a similar story with the Series 8.

That larger size means there’s more room for a battery, so expect significantly longer battery life. Gurman says there will also be a body temperature sensor, but a blood pressure sensor is still some way off. Gurman predicts 2025 for that, and he suggests that the rumoured glucose sensor will take even longer: don’t hold your breath, because the sensor may not arrive until near the end of the decade.

The Apple Watch Series 8 is expected to launch in September 2022 with prices similar to the current range. We don’t know how much the Pro will cost but like all of Apple’s other Pro devices, the price difference is likely to be three figures.

Europe is hurting because Russia has cut down its natural-gas supply — but Russia is even worse off: study