Time For A Change? Russia Considers Withdrawing From CR929 Project 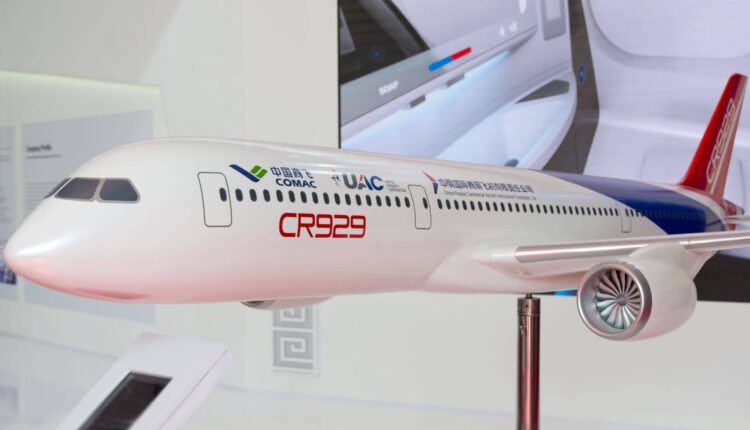 The Russian Vice-Premier publicly said the CR929 project is not going in the direction that suits Russia, leaving Russia’s withdrawal a possibility.

Russian Vice-Premier Yuri Borisov, who oversees Russia’s military and aviation industries, said Russia’s involvement in the CR929 program is decreasing. His comments were made at the plenary session of the Engineers of the Future forum on June 29th.

In the speech at the forum, Borisov said,

“We are working with China on this project which, in principle, is not going in the direction that suits us. China, as it becomes an industrial giant, is less and less interested in our services.”

“We have our design bureau and vast experience in TsAGI (Central Aerohydrodynamic Institute). But the Chinese have more needs than we have today. Our participation is decreasing and decreasing. I don’t want to predict the future of this project, if we are going to leave it or not, but for now this is really the way,” he further explained, according to the Russian state news agency, TASS.

However, just two months ago, in an interview with TASS on May 5th, China’s Ambassador to Russia, Zhang Hanhui, said both parties have agreed on a range of key issues of the CR929 project. Zhang noted.

“Creation of the CR929 widebody long-range airplane is one of the critical joint projects of our countries. The parties for the time have already reached a consensus on key issues like investments, design, and labor division on completion of research and development. Joint studies and developments are progressing smoothly and sustainably.”

China’s Ambassador to Russia said in May that Russia and China have agreed on a range of key issues in the joint project of the CR929. Photo: Simple Flying

Another high-ranking Russian official, Denis Manturov, Russian Minister of Trade and Industry, also said only two weeks ago that the project was being redesigned to not rely on Western components, according to air data news.

“CR929 is underway. But taking into account the new inputs, in line with the restrictions that exist today in terms of cooperation, which was formed by Chinese partners with the involvement of Western manufacturers, this now it’s impossible, so you’ll have to spend time restructuring approaches using only Russian and Chinese manufacturers.”

Currently, no information could indicate why Russia changed its standpoint in a short time.

The CR929 program made little progress since 2019. Photo: Simple Flying

Russia and China agreed, in general, to jointly develop a widebody aircraft in 2012. And COMAC and UAC signed an MOU in 2016, witnessed by both countries’ leaders, Xi and Putin.

Initially, Russia wanted the CR929 to be developed based on the Ilyushin IL-96, a Russian quadjet long-haul widebody airliner designed in the Soviet Union era. The reason is simple. They need a new widebody type to replace the aging IL-96. However, China strongly disagrees with the idea. Instead, it proposes a twin-engine, widebody airliner, much like the Airbus A330 or Boeing 787, aiming to challenge the Airbus and Boeing duopoly.

Russia wanted the CR929 could be the replacement for its aging IL-96. Photo: E233renmei via Wikimedia

Also, since 2014, Russia has wanted the CR929 strictly only rely on Russian and China suppliers, including the engines and other essential aircraft systems. However, China, learned from its early Y-10 program, insists on participating and cooperating with the international aviation industry to ensure the project’s commercial success.

At the beginning of the cooperation, both parties are mutually needed. China needs Russia’s experience in overall design, fuselage structure, and aerodynamic design, which is highly unlikely to attain from the western world. Russia, on the other hand, needs China’s capital investment, which is essential to a widebody aircraft development program. However, as the ARJ21 and C919 program progresses and Russia becomes increasingly isolated in the international community, China gains less advantage and bears more liabilities from the cooperation. Eventually, the balance of the cooperation began to tip.

A new groundwater discovery is a 1.2-billion-year-old ‘Pandora’s Box’