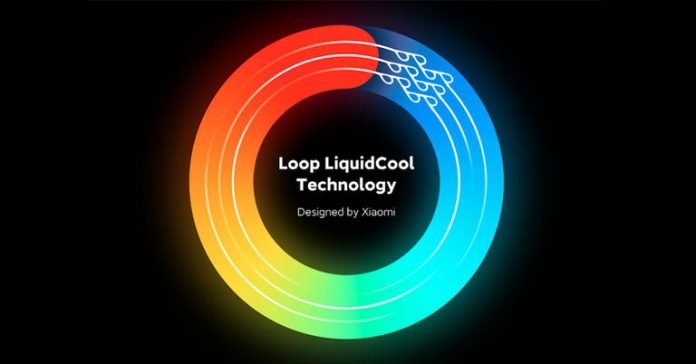 While most tech devices still rely on conventional vapor chamber (VC) solutions, Xiaomi is on its way to integrating its Loop Liquidcool technology into its H2 2022 products.

The idea of ​​Loop Liquidcool came from the cooling solutions of the aerospace industry, which highlights the use of the capillary effect. It performs the heat dissipation solution by placing the liquid coolant into the heat source to vaporize and distribute the heat to a cooler area. The process will end with the condensation of said agent and then its collection through the closed-loop unidirectional channel.

Loop Liquidcool technology works almost the same way, with some methods still the same as VC liquid cooling. It is composed of an annular heat pipe system with an evaporator, a condenser, a charging chamber, gas and liquid pipes. This system is located at heat source points where it can react when the smartphone is overworked. Once high heat levels are detected, the refrigerant evaporates into gas. It will then be distributed with the hot air flow to the condenser. With the gas returning to liquid form, it will be collected via tiny fibers from the filling chamber to fill the evaporator, and the process repeats.

Meanwhile, the Tesla one-way valve structure in the filling chamber maintains efficient one-way flow through the system. This allows liquid to pass through the evaporator while simultaneously preventing gases from entering in the wrong directions. What makes this structure even more interesting is that it allows the assembly of Loop LiquidCool technology in any internal design.

Xiaomi claims that said technology is the most efficient smartphone cooling solution today and promises double cooling power, compared to older VC solutions. Although it still uses some of the same methods as VC, the additional individual channels for liquids and gases allow for better flow to prevent blocking and mixing of elements. This makes the cooling process faster and more powerful. In addition, the ring-shaped pump with a gas pipe design decreases airflow resistance by 30% to allow better vapor flow. With all this, the heat transfer capacity of the system is increased up to 100% efficiency.

Xiaomi has confirmed the success of the new smartphone cooling solution after testing the custom Xiaomi MIX 4. According to the company, the phone’s usual vapor chamber was replaced with a new Loop LiquidCool Technology solution, and the phone was placed in a 30-minute Genshin Impact gameplay test under 60fps max video settings. Still, the solution managed to keep Xiaomi MIX 4 under 47,7?. This also translates to an 8.6? CPU temperature lower than the original version of the phone cooling system.