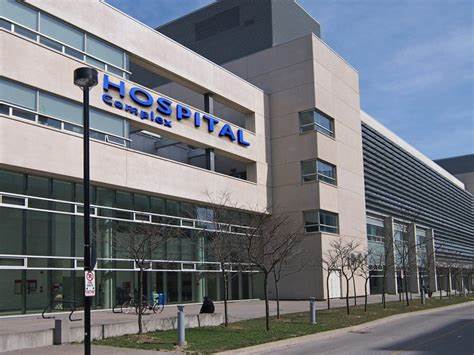 There’s a bold new hospital in the waterlogged fields of southwest Bangladesh, where cyclones regularly strike and sea level rise is turning grain fields into salty shrimp ponds. Designed to serve the low-income rural population where resources are thin and environmental impacts are heavy, the hospital has just been named the world’s best new building.

The low-cost building, known as Friendship Hospital for the nongovernmental organization that funded it, was designed by Bangladeshi architect Kashef Chowdhury, director of the Dhaka-based firm Urbana. It just received the RIBA International Prize from the Royal Institute of British Architects, an award issued every two years since 2016 (including an additional delay year for this edition due to the pandemic). The RIBA International Prize recognizes the most transformative, impactful, and visionary new building in the world. In recognizing Friendship Hospital, the 2021 award makes an argument that buildings can serve multiple needs on a tight budget.

Built to serve the communities in and around the city of Satkhira, the hospital is a zigzagging cluster of brick buildings oriented around intimate courtyards and a central canal that collects rainwater for reuse in this increasingly saline region. Deep eaves and exterior walkways serve to direct airflow and provide shade for the hospital wards, and the water in the canal also creates a cooling effect. These passive techniques are essential in a part of the world that sees temperatures above 100 degrees in the summertime. Locally made bricks make up the primary building material and also contribute to the site’s passive cooling. The building is a reflection of a changing climate and a response to the new conditions that have emerged in its wake.

RIBA International Prize grand jury chair and architect Odile Decq called Friendship Hospital “a building designed with a human touch, which is deftly integrated with its surroundings and celebrates local and traditional crafted materials. . . . It is a demonstration of how beautiful architecture can be achieved through good design when working with a relatively modest budget and with difficult contextual constraints.”

This is an approach common to Chowdhury’s work, which ranges from naturally ventilated apartment buildings in dense Dhaka to seemingly client-less projects built in remote rural communities. One is a squat and spiraling concrete tower built amid farming fields in the coastal town of Kuakata. Standing like an out-of-place parking garage, the building’s concrete edges hide a primary school, and its ramping exterior serves as a high-ground refuge for people and cattle during the coastal area’s frequent cyclones. When the winds pick up and the rains pound, people can bring their livestock and families to the structure for sturdy protection. When the storms pass, school goes back into session.

Completed in 2018, Friendship Hospital expands on this multipronged approach, filling a healthcare need in a remote area while also proposing architectural solutions to the region’s water shortage.

In accepting the award, Chowdhury said the recognition should make the case for more of this kind of work in rural and climate-vulnerable places. “I am encouraged that this may inspire more of us to commit,” he said, “not in spite of, but because of limitations of resources and means, to an architecture of care both for humanity and for nature, to rise collectively to the urgencies that we face today on a planetary scale.”