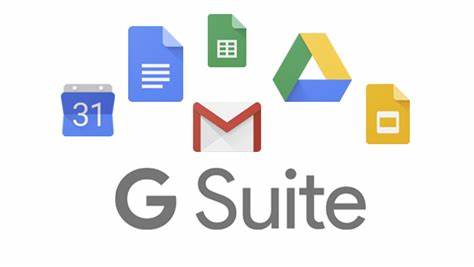 Google may be looking for a way out of its Legacy G Suite shutdown issues. According to a survey the company has posted to its Workspace documentation, “more options” might be coming for some customers using the soon-to-be-dead free plans. Nothing is being offered yet, but the company is at least paying more attention to those affected by the change.

Earlier this month, Google announced that its free legacy G Suite accounts were going away. Customers on those grandfathered plans — which delivered Gmail, Drive, and the rest of the Google account goodies to custom domains for no cost — would either have to live with half-functioning “suspended” accounts and migrate to standard Google accounts, or cough up some dough for a paid plan. Google had long since stopped offering the free plans, but the company continued to honor the lopsided agreement for the last decade. The old free plans were set to expire on May 1st.

Unfortunately, this action ignored all the customers that used these legacy accounts for their personal accounts. While most of your account data can be moved between accounts, the things you buy with it like apps and movies can’t. That leaves customers to choose between paying to keep their purchases on a fully working account or augmenting a “suspended” account with a new one. Unfortunately, Google doesn’t let you transfer purchases between accounts — that would entirely solve this problem.

It’s all pretty bogus, and some attorneys are even investigating a possible class-action lawsuit against Google. (Those affected can reach out to one firm here.)

However, Ars Technica’s Ron Amadeo has spotted a survey that’s apparently been added to Google’s support documentation, which might be a prequel for a happy ending.

Google is asking those affected on plans of fewer than 10 “seats” to provide their contact details and a little extra information. Based on the wording of the survey, Google may be looking to provide other options for at least some of those affected. Though note, the company is making a distinction between personal and business use in its questionnaire.

Contents of the survey — which we won’t link directly to prevent abuse.

Legacy G Suite plan owners need to fill out the survey from their administrator account, and Google may reach out to them with “tailored updates and special offers regarding your G Suite legacy free edition.” More information, including a link to the survey, is available in the Google Workspace Admin Help page for G Suite legacy free edition upgrades. Understandably, you may only see the offer for the survey in the relevant section if you’re signed in with a legacy G Suite account, according to Amadeo.