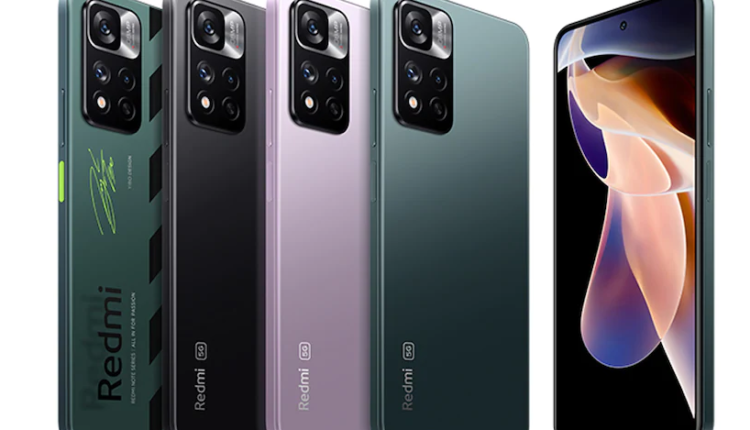 Xiaomi is reportedly going to launch a new smartphone in India in December with 120W fast charging support. The phone is expected to either be the Redmi Note 10 Pro+ or the Xiaomi 11T Pro. These phones have debuted in China and Europe respectively, and are now tipped to arrive in the Indian market. This comes just a few days after tipster Mukul Sharma tweeted that other OEMs like Oppo, Vivo, OnePlus, and Realme are also looking to launch 100+W fast charging phones in the Indian market.

91Mobiles cites industry sources to report that the Redmi Note 11 Pro+ may launch in India in December. The phone will reportedly launch as the Redmi Note 11i Hypercharge in India. The report does not offer an exact launch date, but tips that it is expected to launch before January.

The publication also spotted the Xiaomi 11T Pro on BIS certification site with the model number BM58. This hints that the Xiaomi 11T Pro may also launch in India soon, as this phone had also been unveiled in Europe with 120W fast charging support. There is no clarity on whether only one handset will be unveiled or both of them will make their way to the Indian market.

On the specifications front, the Redmi Note 11 Pro+ has a 4,500mAh battery with 120W fast charging support. The phone features a 6.67-inch AMOLED display with 120Hz refresh rate, 360Hz touch sampling rate, and a hole-punch design. The Redmi Note 11 Pro+ are powered by an octa-core MediaTek Dimensity 920 SoC paired with up to 8GB of RAM. Internal storage is offered up to 256GB.

As for optics, the Redmi Note 11 Pro+ come with a triple rear camera setup that includes a 108-megapixel primary sensor with dual ISO and an f/1.89 aperture. Connectivity options include NFC, GPS, Wi-Fi 6, Bluetooth v5.2, USB Type-C port, 3.5mm audio jack, and more. The phone is IP53 rated and comes with a VC liquid cooling system.

The dual-SIM (Nano) Xiaomi 11T Pro features a 6.67-inch flat 10bit AMOLED true-colour display with a 120Hz refresh rate that also supports the company’s AdaptiveSync. Under the hood, the Xiaomi 11T Pro houses an octa-core Qualcomm Snapdragon 888 SoC, coupled with up to 12GB of RAM.

On the storage front, the Xiaomi 11T Pro has up to 256GB of onboard storage. Connectivity options include 5G, Wi-Fi 6, Bluetooth v5.2, GPS/ A-GPS, NFC, IR blaster, and a USB Type-C port. The phone also includes a side-mounted fingerprint sensor. The Xiaomi 11T Pro packs a 5,000mAh battery that supports 120W Xiaomi HyperCharge fast charging (supported charger is in the box).

Xiaomi to launch 120W phone in India soon, could be the 11T Pro or 11i HyperCharge