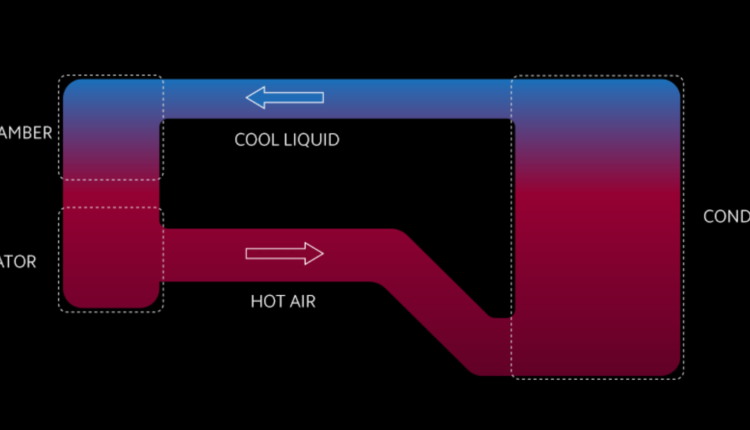 Premium smartphones nowadays come with powerful internals, making the device suitable for heavy or intensive tasks such as gaming. With increased performance, the company also needs to take care of heat dissipation to ensure a smooth experience.

In line with that, Xiaomi has today introduced a new heat dissipation technology called Loop LiquidCool Technology. The company says that it is inspired by the cooling solutions used in the aerospace industry.

The Loop LiquidCool Technology utilizes a capillary effect which draws liquid cooling agent to the heat source, vaporizes, and then disperses the heat efficiently towards a cooler area until the agent condenses and is captured via a unidirectional closed-looped channel.

It features an annular heat pipe system that is composed of an evaporator, a condenser, a refill chamber, as well as gas and liquid pipes. Placed at heat sources, the evaporator has a refrigerant that evaporates to gas when the smartphone is under high workload. The gas and airflow are then diffused to the condenser, where the gas condenses into liquid again. These liquids are absorbed and collected through tiny fibers in the refill chamber—which refills the evaporator—making it a self-sustaining system.

The conventional VC systems do not have separate channels for gases and liquids, hot gas and cool liquids mix and obstruct each other. The ring-shaped pump features a special gas pipe design, which greatly reduces air passage resistance by 30% and the maximum heat transfer capacity is increased by up to 100%.

It adds a Tesla valve, which is a one-way valve that allows liquid to pass through the evaporator while blocking gases from moving in the incorrect direction. This allows for higher efficiency in gas/liquid circulation throughout the system. This also makes it possible to adopt and stack Loop LiquidCool Technology into any type of internal design. Giving an example, Xiaomi says that a square-shaped loop will allow more space for the battery, camera module, and more.

The company claims that it offers twice the cooling capabilities compared to the conventional vapor chambers (VC) solutions. Xiaomi is now aiming to bring this Loop LiquidCool Technology to its products in the second half of next year.

No HarmonyOS for global Huawei users?