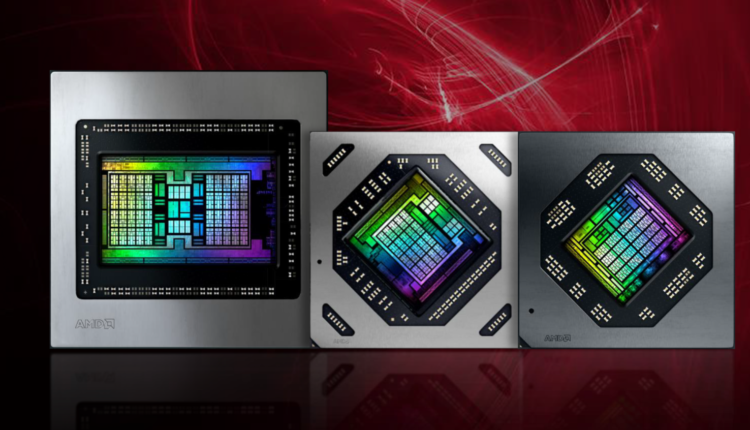 AMD is expected to introduce its entry-level RDNA 2 GPU, the Navi 24, for Radeon RX 6000 series in Q1 2022, according to the latest information by Moore’s Law is Dead.

Based on details from his sources, MLID states that the AMD Radeon RX 6000 series is going to be further expanded in Q1 2022 with entry-level products based on the Navi 24 GPU. The Navi 24 will be the smallest discrete GPU within the RDNA 2 lineup and will be coming to desktops in a package rated at around 100-120W. It is said that the Radeon RX 6000 graphics cards based on the Navi 24 GPU (RX 6500 Series) will compete against NVIDIA’s GeForce RTX 3050 Ti & entry-tier Intel ARC GPU designs. There could be at least two variants for the Navi 24 variant being sold at around $200 US which would still net AMD a good profit.

Interestingly, it is stated that while previously leaks had hinted at sub-75W TDP for Navi 24 GPUs, that may be true for notebook SKUs but desktop SKUs might go for a higher TDP rating to scale-up performance to be highly competitive in their segment. As such, Navi 24 is expected to get some really high clock speeds, even surpassing the 2.8 GHz barrier though that remains to be seen. As for specifications, they are listed below.

Through previous leaks, we know that the AMD Navi 24 RDNA 2 GPU will feature a single SDMA engine. The chip will feature 2 shader arrays for a total of 8 WGPs and a maximum of 16 Compute Units. AMD has 64 stream processors per compute unit so that brings the total core count on the Navi 24 GPU at 1024 which is half that of the Navi 23 GPU which will offer 2048 stream processors in 32 compute units.

In addition to the number of cores, each shader array would feature 128 KB of L1 cache, 1 MB of L2 cache and there would also be 16 MB of Infinity Cache (LLC). The addition of Infinity Cache is pretty interesting since early rumors had stated that the GPUs below Navi 23 won’t feature any additional last-level cache. The AMD Navi 24 RDNA 2 GPUs will also be featured across a 64-bit bus interface & will be featured on low-end Radeon RX 6500 or RX 6400 series parts.

How to sideload Android apps on Windows 11